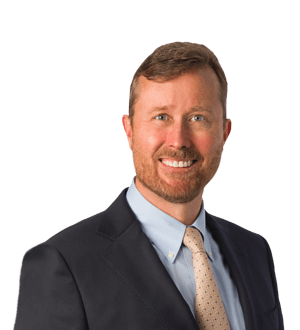 Joshua Gray focuses his practice on antitrust litigation. Josh worked at the Federal Trade Commission (“FTC”) for eight years during two Democratic administrations and served in several senior positions in both policymaking and litigation roles.

After graduating from law school, Josh clerked for The Honorable James L. Oakes, Senior Circuit Judge on the United States Court of Appeals for the Second Circuit. Following his clerkship, Josh joined the FTC during the Clinton administration, where he served for two years (1997 to 1999) on the personal staff of the renowned, progressive FTC Chairman Robert Pitofsky in the role of an Attorney-Advisor.  In addition to supporting the Chairman in drafting a landmark antitrust opinion, Josh assisted the Commission and agency staff with antitrust investigations and case development, including mergers in the pharmaceutical and hospital industries and the first group of Hatch-Waxman “pay-for-delay” investigations.

Most recently, during the Obama administration, Josh held a policy position in the FTC’s Office of International Affairs (OIA) (July 2012 to September 2014) and a litigation positon in the Bureau of Competition’s Anticompetitive Practices Division (September 2014 to March 2018).  In OIA, Josh was the coordinator and principal point of contact for the FTC’s most important bilateral international relationship, the European Commission’s antitrust agency DG Competition.  In that role, he headed joint policy workshops and initiatives with his EU counterparts and coordinated all joint investigations, including several high-profile technology industry matters.  Later, as a Trial Attorney in the Bureau of Competition, Josh investigated and litigated antitrust conduct cases, routinely deposed senior executives, and managed expert witnesses through discovery and trial.  Although this work focused on technology industry matters, Josh also collaborated with other groups within the FTC on specific healthcare cases and policy issues.

Between his two tenures at the FTC, Josh worked in private practice as an antitrust lawyer in New York City.  At Skadden Arps (from 2006 to 2012), Josh worked on antitrust aspects of numerous matters in the healthcare sector, including mergers involving medical device and pharmaceutical manufacturers, pharmacy benefit managers, pharmacy chains, and hospital and health care facility operators.

Josh grew up on a farm in Northern Vermont and currently lives in Miami with his wife Deborah and their four children.