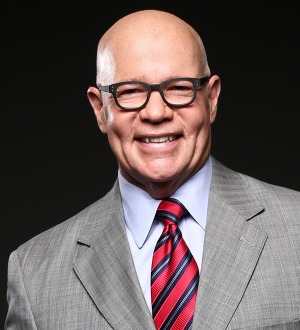 Joe has tried a significant number of cases and arbitrations to verdict in Minnesota and throughout the country.  In 2007, Joe's client, a professional dental association, was awarded $130 million by a jury in a case involving unfair competition. It is the largest jury verdict in a Minnesota business litigation case. He has defended and prosecuted shareholder rights cases, securities, anti-trust, employment and unfair competition cases as well as represented plaintiffs and defendants in class actions and a variety of corporate disputes.

Joe also has won a number of multi-million dollar jury verdicts and FINRA arbitration awards for individuals and for investment banks, and broker dealers in raiding cases. Recently, Joe's client prevailed as the plaintiff on a million dollar breach of contract claim related to the purchase of a business. Joe also recently obtained summary judgment on behalf of a Fortune 100 client in a significant whistleblower case.

In the last few years alone, Joe has advised a number of clients in connection with closely-held company disputes, including the successful defense of two director clients against claims that they violated their fiduciary duties to a minority shareholder and the favorable resolution of a dispute between two family-owners of a Minnesota-based flooring business.

Joe’s advocacy for clients does not end in the trial court. He has successfully defended and pursued his clients’ rights in appellate courts across the country. Most recently, in 2013, the Minnesota Appellate Court upheld a summary judgment for a Fortune 100 client in a significant employment law matter and also upheld a defense verdict for Joe’s clients in a shareholder rights claim.

For the past 15 years Joe has been selected to the "Minnesota Super Lawyer" list and has been ranked by Super Lawyer Magazine in the top 2 or 3 trial lawyers in the state since 2008.

In 2007, Joe was selected as "Attorney of the Year” in Minnesota. He currently serves as the State Committee chair of the Minnesota Chapter of the American College of Trial Lawyers and is President of the Minneapolis chapter of the International Network of Boutique Law Firms (“INBLF”). He also is the chair of the Board of the Fund for the Legal Aid Society, and he serves on the Board of the Council of Crime and Justice and the Temple University Law School Board of Visitors.

Joe successfully represented Best Buy against a former employee who alleged that he was terminated for making numerous whistleblower allegations related to his employment. The plaintiffs’ complaint was dismissed on summary judgment and affirmed on appeal.

Joe successfully obtained a defense verdict after a bench trial on behalf of two shareholder directors against a minority shareholder who alleged that the director-shareholders of the closely held corporation breached their fiduciary duties.

Joe represented a Twin Cities veterinarian who sued RBC to recover losses sustained in an investment account as a result of RBC’s mismanagement and negligence. After a three-week arbitration, the panel awarded $5.6 million in damages.

In December 2007, Joe was lead trial counsel in obtaining a $130 million jury verdict after a 5 week jury trial on behalf of PDG, P.A. against American Dental Partners, Inc. on unfair competition, breach of contract, fiduciary duty and tortious interference claims. Of the $130 million award, $84 million was for actual damages and $36 million was for punitive damages.

Joe obtained a $10 million arbitration award on behalf of MJSK against Northland Securities, et al, in a case involving claims of breach of fiduciary duty and unfair dealing.

This was a significant case involving the defendant’s failure to properly supervise the installation of an ERP. Joe represented Department 56. The matter was resolved by settlement with Arthur Andersen paying a substantial amount of money. According to the public filings of Department 56, the settlement was in the amount of $12 million.

Joe represented Kinnard in obtaining the then largest arbitration award for “raiding” in NASD history against another member firm. The award of $16 million included $9 million in compensatory damages and $7 million in punitive damages arising out of a “raiding” claim between two members of the investment securities industry.

Joe successfully represented Department 56 in obtaining a multi-million dollar settlement against a software manufacturer in connection with the implementation of an ERP.

Joe obtained for the firm’s client a $2.4 million jury verdict in an employment dispute between an executive and an investment banking firm.

Joe obtained a $2.2 million jury verdict on behalf of two physicians against their fellow shareholders involving violation of their rights as shareholders.

In a $25 million breach of contract/tortious interference claim against one of the firm’s clients (Dominium), Joe successfully obtained a jury verdict of no liability for his client. (One of the other defendants in the case, not represented by Joe, had a jury verdict against it of $21 million).

In a case involving numerous statutory and common law claims of discrimination and wrongful termination, Joe successfully defended Advance Circuits (a division of Honeywell Inc.) in obtaining a jury verdict absolving the Company of any liability.