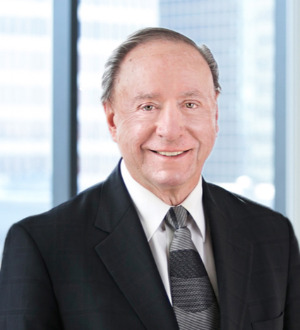 An experienced and accomplished attorney in major commercial real estate transactions and former president of the Rhode Island Senate, Joe brings to his diverse for-profit clients and non-profit health care and educational institutions exceptional development know-how that helps them build, grow and prosper.

As president of Capital Properties, Inc. Joe was instrumental in the revitalization of Downtown Providence, spearheading the development of the Capitol Center District, including the construction of the Citizens Bank Building, the former American Express Building and Center Place Apartments. Previously he served as general counsel and secretary for the Providence and Worcester Railroad Company and general counsel to Rhode Island Oil Company.

His long and notable record of public service has won him selection for induction into the Rhode Island Heritage Hall of Fame. Joe has served on the boards or governing councils of Salve Regina University, St. Joseph’s Health Services of Rhode Island, Sovereign Bank, Providence College, and the Rhode Island Board of Elections.