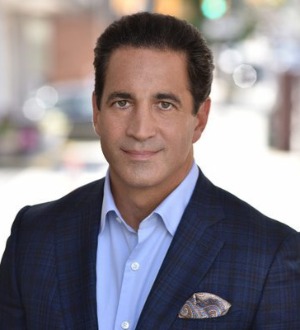 Joseph M. Marrone, Esq. founded the Marrone Law Firm, LLC over two decades ago, in 1993. Since its establishment, Joseph has successfully served as the firm’s Managing Partner and sole proprietor. He has worked tirelessly to build his firm from the ground up, developing a reputation for dedication and the willingness to fight for the needs of those he represents. The heart of the Marrone Law Firm, LLC is based in Center City Philadelphia which has allowed Joseph to cultivate a strong foundation in the Greater Philadelphia Area. In order to better his serve clients, Joseph expanded his practice into New Jersey, with an additional office in Cherry Hill, NJ.

Joseph, native to the Greater Philadelphia area, received his Bachelor of Science in Finance from Saint Joseph’s University in Philadelphia, PA. He went on to pursue his Juris Doctor from the Thomas M. Cooley Law School in Lansing, Michigan. Joseph graduated from law school in 1991, moving on to earn bar admissions in New Jersey (1991), Pennsylvania (1992), and New York (2004). He is also licensed to practice in the District Courts of the aforementioned states, the 3rd Circuit Court of Appeals, and the United States Supreme Court.

Over the past two decades, Joseph Marrone has consistently represented clients throughout the Mid-Atlantic region in a variety of legal matters. Marrone Law Firm, LLC has developed into a high-end, high-power litigation firm that specializes in catastrophic injury and death cases. Joseph has extensive experience trying cases involving personal injury, product and premises liability, medical malpractice and motor vehicle accident matters. Additionally, Joseph has experience working on criminal defense cases and has represented notable individuals in the entertainment industry.

During his professional career, Joseph has taken on a number of high-profile cases resulting in multi-million dollar verdicts or settlements. Some of Joseph’s most noteworthy settlements include, but are not limited to, a $4 million settlement for the estate of a woman that died as a result of hospital malpractice, a $2.9 million settlement for a man who drowned in a New York resort, a $2 million settlement for the estate of a New Jersey State Trooper killed in car accident, and a $1.5 million settlement following the death of a newborn due to the hospital’s failure to maintain proper records. To review a complete list of Joseph’s verdicts and settlements, visit the Results page. In addition to achieving impressive results for his clients, Joseph was selected as a 2014 ‘Awesome Attorney’ in South Jersey Magazine by reader’s choice and as a 2014 Top Attorney in Philadelphia Life/Suburban Life Magazine during December 2014. Joseph approaches every case in a similar fashion, with vigor and a detail-oriented mindset that promotes a long track record of success for both his clients and himself.