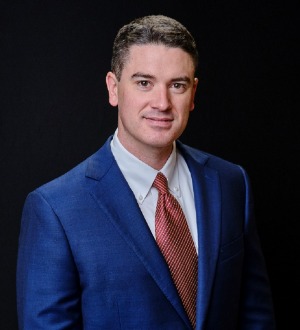 Jed Cain is an accomplished trial lawyer who has obtained multi-million dollar jury verdicts and settlements throughout the state of Louisiana. He has dedicated his career to representing injured workers and their families.

Originally from the small town of Natchitoches, Louisiana (made famous by the movie “Steel Magnolias”), Jed attended Hendrix College in Conway, Arkansas. Upon graduating from Hendrix, Jed spent a year teaching 5th grade at an elementary school in Shreveport, Louisiana before attending law school at Tulane University.  He would later come to appreciate that no jury would ever be so daunting as a classroom of 5th graders.

Jed was awarded the F. Scott Baldwin Award by the American Association for Justice (AAJ).  AAJ, formerly known as the Association of Trial Lawyers of America (ATLA), is the world’s largest trial lawyer bar and supports victims’ rights worldwide.  The F. Scott Baldwin Award is presented each year to the “most outstanding young trial lawyer” in the country.

Jed is a  graduate of the Trial Lawyers College, an invitation only program dedicated to training and educating trial lawyers who are committed to the jury system and to representing and obtaining justice for individuals. The College was founded and led by legendary trial lawyer, Gerry Spence, over the course of three weeks.

Beyond practicing law, Jed is a husband and father of three young children. He is the founder of Cain’s River, a digital community devoted to preserving the art of small town storytelling. Jed was appointed by Gov. Jon Bel Edwards and currently serves on the Board of Directors for the Jimmy D. Long, Sr. Louisiana School for Math, Science, and the Arts.  He is an actively involved Court Appointed Special Advocate (CASA) working on behalf of abused and neglected children within the court system.