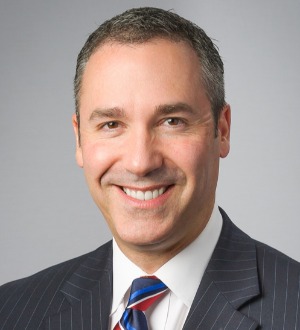 Jordan Kroop represents debtors, official committees, acquirers, and significant creditors in chapter 11 matters involving publicly traded and privately held companies throughout the nation. Mr. Kroop is a fellow of the American College of Bankruptcy and enjoys a national reputation for representing clients in such diverse industries as manufacturing, real estate development, construction, hospitality, food and beverage, gaming, healthcare, and technology.

Among the many prominent chapter 11 matters he has handled, Mr. Kroop represented the Russian Tea Room and the NHL's Phoenix Coyotes in their chapter 11 cases. He also represented the Boston Celtics and the Milwaukee Bucks in reorganization matters. Mr. Kroop has represented debtor-sellers as well as strategic acquirers in chapter 11 asset sales throughout the country in transactions totaling more than $1 billion dollars.

He is an adjunct professor of law, teaching information privacy and advanced chapter 11 practice at Sandra Day O’Connor College of Law, Arizona State University. He also served as a lecturer on international commercial arbitration in Salzburg, Austria, for University of the Pacific’s McGeorge School of Law in 2010 and 2011.

A graduate of Brown University and University of Virginia School of Law, Mr. Kroop was listed in the 2020 Lawdragon 500 Leading U.S. Bankruptcy and Restructuring Lawyers, named Best Lawyers' Phoenix "Bankruptcy and Creditor Debtor Rights/Insolvency and Reorganization Law Lawyer of the Year" in 2017, has been listed in Best Lawyers in America every year since 2009, named a Southwest Super Lawyer every year since 2007 (also ranked in their Top 50 in 2019 - 2021), and was one of twelve named “Outstanding Young Bankruptcy Lawyers” in the United States by Turnarounds & Workouts (2000), and ranked "Superb" (10 out of 10) by Avvo.com. In 2007, he won the American Bankruptcy Institute Journal Publication Award. Mr. Kroop holds an AV Preeminent Peer Rating, Martindale-Hubbell's highest recognition for ethical standards and legal ability.