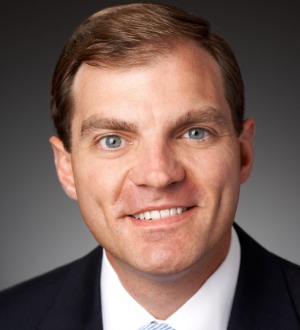 Recognized by Best Lawyers® since 2021.
One East Fourth Street, Suite 1400 Cincinnati, Ohio 45202
(513) 579-6400
|
Firm: Keating Muething & Klekamp PLL
|  Website
Edit Profile
Edit Your Profile
To edit your Lawyer Directory information, please login to your
Best Lawyers® Admin Account.
If you have any questions or need assistance, please contact us at info@bestlawyers.com or 803.648.0300.
Overview
Firm

Jon Hiltz is a partner in the firm's Business Representation & Transactions Group. His practice is concentrated in the corporate and finance areas, with a focus on mergers and acquisitions, debt and equity capital formation transactions, and general corporate matters.

Jon has represented both publicly held and private companies in a wide range of business transactions, including, acquisitions and divestitures of existing businesses, joint venture transactions, private equity fund formations and investments, equity issuances and redemptions, secured and unsecured commercial lending, equipment leasing and finance, and supply and distribution arrangements.

Jon regularly counsels clients in connection with pre-merger filings under the Hart-Scott-Rodino Antitrust Improvements Act, and on other federal antitrust compliance matters.

Jon has also assisted numerous clients, including several publicly held companies, with international business and transaction matters, including cross-border business acquisitions and divestitures, the formation and operation of international joint ventures, the preparation and negotiation of ocean cargo transportation agreements, the preparation and review of international trade compliance policies (e.g., U.S. Foreign Corrupt Practices Act and the U.K. Bribery Act), merger clearance filings under foreign antitrust/competition laws, ITAR registrations and filings, CFIUS clearance filings, and other international transactions. Jon recently helped a client obtain an exemption from the U.S. tariffs on products imported from China that were enacted in 2018.

As part of his general corporate practice, Jon counsels privately-held, for-profit companies, as well as nonprofit organizations, on corporate governance and compliance matters. Jon has also counseled numerous clients in Ohio liquor law matters, including the acquisition of Ohio liquor permits for retailers, distributors and manufacturers, as well as the negotiation of distribution agreements. Jon has also represented franchisees in various industries, and one of the largest franchisee associations in the Greater Cincinnati/Northern Kentucky region.