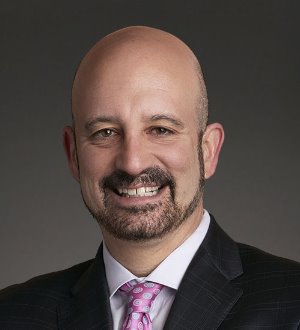 Recognized by Best Lawyers® since 2006.
One Century Tower, 265 Church Street New Haven, Connecticut 06510
(203) 498-4584
|
jfreiman@wiggin.com
Firm: Wiggin and Dana LLP
|  Website
Edit Profile
Edit Your Profile
To edit your Lawyer Directory information, please login to your
Best Lawyers® Admin Account.
If you have any questions or need assistance, please contact us at info@bestlawyers.com or 803.648.0300.
Overview
Firm

Cases include an appeal involving a Nobel Prize winner's claim to ownership of a patent, defense of a foreign sovereign's claim to ancient artifacts, a dispute over the ownership of a Van Gogh painting, interrelated cases arising out of the Madoff fraud, and overturning a decision in a multinational reinsurance dispute.

He has published "Expert Commentary" on constitutional cases for Lexis-Nexis and has written on treaty-based arbitration in the National L.J., on state Supreme Court case law for the Connecticut Law Trib., and for several law reviews.  His media appearances have included NPR, PBS, BBC, and the N.Y. Times, and he has spoken on legal issues in Europe, Canada and the U.S., at venues including the Federalist Society and a U.N. Expert Roundtable.

Jonathan founded the National Litigation Project at Yale Law School in 2002 with Harold Koh and directed its work for several years.