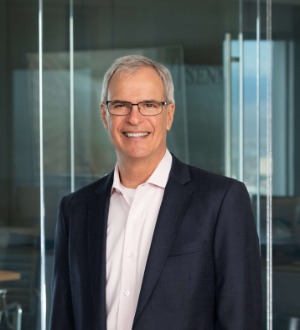 Jon is a member of the firm’s Corporate and Environmental practice groups, joining Senn Visciano Canges in 2016. Prior to joining the firm, he was a shareholder at both Ryley Carlock & Applewhite, where he served on the Executive Committee, and Isaacson Rosenbaum P.C., where he was chair of the Business Department and served as Chief Executive Officer of that firm for seven years.

Jon serves as outside general counsel for many clients, including a grocery chain, a casino, a food brokerage firm and a social media consulting agency, where he provides ongoing advice and counseling on all manner of general business operations.

Jon represents clients in acquiring and selling businesses in a variety of industries including telecommunications, grocery operations, marketing, engineering, casinos, manufacturing, food sales and warehousing. Jon is often involved in the financing of new and existing business enterprises.

In addition, Jon represents parties in the formation of businesses and business planning, helping companies establish sound legal frameworks for operation. He has helped limited liability companies and partnerships, drafting agreements and structuring deals, including complex venture capital and private equity transactions. Jon also has an extensive background in representing clients in shareholder and partner disputes.

Jon’s environmental law practice is nationally recognized. He has been listed as a top lawyer in environmental law in Best Lawyers in America® every year since 2006 and named in Colorado Super Lawyers since 2007. He is also ranked in Chambers USA 2015 for Natural Resources & Environment. He is in the International Who’s Who of Environmental Lawyers (2010). In addition, Jon speaks regularly at Brownfields conferences.

Jon has significant experience helping clients with redevelopment projects involving environmentally challenged property. He performs environmental audits to assure compliance with applicable environmental laws and regularly advises clients on state and federal civil environmental enforcement actions. Jon has led several environmental due diligence investigations in connection with a variety of acquisitions, sales, and loan transactions. This work has included negotiating extremely complex provisions to mitigate the risk of the environmental issues raised in these transactions, including the acquisition of environmental insurance coverage.

Jon has earned an AV-Preeminent Rating from Martindale-Hubbell. Since 2006, he has been listed in Best Lawyers in Americaand since 2007, he has been named in Colorado Super Lawyers. Chambers USA has also recognized Jon for his legal work, most recently in their 2015 edition in the area of Natural Resources & Environment.