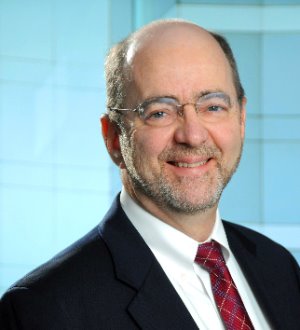 Jonathan B. Orleans, chair of the Labor & Employment Law practice, has over 30 years of experience as a litigator and counselor in a broad range of matters, particularly relating to the employer-employee relationship. He represents businesses and individuals in disputes arising out of employment contracts, non-competition and non-solicitation agreements, and other commercial agreements. Jon litigates cases arising under federal and state statutes governing employment, advises businesses on compliance with laws and regulations, and represents employers and senior executives in the negotiation of employment contracts and separation agreements. He regularly assists employers with the development and application of personnel policies.

Jon also advises colleges, universities and independent schools concerning not only employment-related matters, but also compliance with Title IX as it relates to campus sexual misconduct and to athletics.  He has served as an investigator of campus and workplace sex discrimination and harassment complaints

Jon regularly speaks  to lawyers, businesspeople and educators on topics ranging from misclassification of employees under the FLSA, to employer regulation of employees' speech and appearance, to federal guidance concerning sexual assault on campus.  He contributes to the firm's "Working Together" and "Education Law Notes" blogs.

Jon’s service to the bar and the community currently includes chairing the Local Civil Rules Advisory Committee of the U.S. District Court for the District of Connecticut, membership on the Connecticut Judicial Department Civil Commission and the Board of Directors of the Bridgeport Public Education Fund,  and serving as Legal Advisor to the American Civil Liberties Union of Connecticut.  He is co-chair of the Connecticut Bar Association Federal Practice Section.  Previously, he was a member of the Federal Grievance Committee of the U.S. District Court and of the Board of Directors of the Connecticut Fair Housing Center.   In 2011-12, Jon taught Civil Procedure as an adjunct professor at the University of Connecticut School of Law.