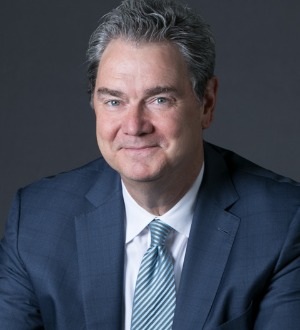 Recognized by Best Lawyers® since 2008.
1177 Avenue of the Americas New York, New York 10036
(212) 715-9100
|
Firm: Kramer Levin Naftalis & Frankel LLP
|  Website
Edit Profile
Edit Your Profile
To edit your Lawyer Directory information, please login to your
Best Lawyers® Admin Account.
If you have any questions or need assistance, please contact us at info@bestlawyers.com or 803.648.0300.
Overview
Firm

Years In Practice
Phone Number (212) 715-9100
John P. “Sean” Coffey is a go-to trial lawyer often retained on the eve of trial to represent individuals and companies in high-stakes litigation, taking over the reins and providing experienced and effective courtroom advocacy on short notice. For example, Mr. Coffey was retained just weeks before trial to serve as co-counsel for Fabrice Tourre, the former Goldman Sachs trader accused of securities fraud by the Securities and Exchange Commission; stepped in to take over the defense of a foreign company in an international arbitration nine days before the merits hearing; and recently joined the Kramer Levin trial team that obtained a $600 million settlement for Johnson & Johnson shortly after closing arguments. An agile and accomplished trial lawyer, Mr. Coffey has a long history of handling some of the nation’s most complex and high-profile securities and financial lawsuits on behalf of both plaintiffs and defendants.

Prior to joining Kramer Levin, as co-managing partner of one of the nation’s preeminent plaintiffs’ litigation firms, Mr. Coffey led trial teams that obtained almost $10 billion in recoveries, including more than $6 billion in the landmark WorldCom case for the New York State Common Retirement Fund and other investors. A respected former leader of the plaintiffs’ bar who was once labeled “Wall Street’s New Nemesis” by Bloomberg Markets magazine, Mr. Coffey draws on his extensive experience as a plaintiff's lawyer to offer unique advice and insights to companies and managers facing shareholder litigation.

Earlier in his career, Mr. Coffey served as an Assistant United States Attorney in the Southern District of New York, where he tried many jury cases to verdict. He also co-founded and served as managing director of a commercial litigation finance investment firm that evaluated scores of complex business disputes. An Annapolis graduate, Mr. Coffey served as an active-duty naval officer tracking Soviet submarines during the Cold War, and was selected to serve as the personal military assistant to Vice President George H.W. Bush. After leaving active duty to pursue his legal career, he continued to serve as a reserve Navy officer for 18 years, during which he was selected to command a reserve P-3C Orion squadron and the reserve component of the USS Enterprise carrier battle group staff. Mr. Coffey retired as a Captain in 2004 after 30 years of uniformed service. In 2010, Mr. Coffey ran a spirited but unsuccessful campaign as the reform candidate in the five-way race for the Democratic nomination for New York Attorney General.