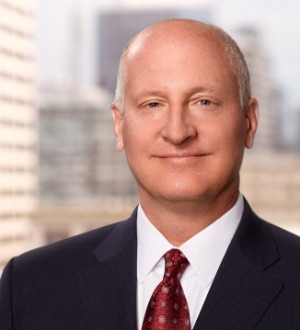 John joined Anesi Ozmon in 1993, and was named partner in 2001. Recognizing his dedication, commitment and leadership, the firm named him President and Managing Partner in 2018.

Highly respected by his peers and a leader in the field, his extensive appellate practice has led him to argue cases before the Illinois Appellate Court and the Illinois Supreme Court, generating decisions that have expanded the rights of working men and women in Illinois. He has authored articles on workers’ compensation law, and has been a featured speaker on the topic at seminars and at John Marshall Law School.

John skills have earned recognition from his fellow attorneys with an AV rating from Martindale Hubbell for over a decade. In addition, Thomson Reuters has ranked him as a Super Lawyer each year since 2013, and he has been recognized as a Best Lawyer in Workers’ Compensation Law by U.S News & World Report, The Leading Lawyers Network, The Best Lawyers in America as well as a 10 Best Attorneys in Illinois for Exceptional and Outstanding Client Service in Workers’ Compensation claims. He maintains memberships in several professional organizations including the American Association of Justice, the Illinois Trial Lawyers Association, The Chicago Bar Association and the Workers’ Compensation Lawyers Association of Illinois. A longtime resident of Naperville, Ill., John volunteers with the Boy Scouts of America and is the proud parent of three Eagle Scouts.

John earned his law degree from John Marshall Law School and received his undergraduate degree in Economics from Marquette University.