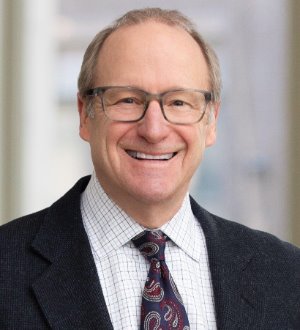 Recognized by Best Lawyers® since 2001.
11 South Meridian Street Indianapolis, Indiana 46204-3535
(317) 236-1313
|
Firm: Barnes & Thornburg LLP
|  Website
Edit Profile
Edit Your Profile
To edit your Lawyer Directory information, please login to your
Best Lawyers® Admin Account.
If you have any questions or need assistance, please contact us at info@bestlawyers.com or 803.648.0300.
Overview
Firm

John Kyle has practiced environmental law since 1979 and is a member of Barnes & Thornburg's Environmental Department. John became a partner in the firm in 1987 and chaired the department from 1994 until 2006.

John's practice concentrates on remediation projects dealing with soil, ground-water and surface-water contamination under a wide variety of regulatory programs; Brownfields redevelopment projects; business transactions involving environmental issues; solid and hazardous waste regulatory matters; and insurance coverage for environmentally impaired property. His work includes business and compliance counseling, voluntary clean-ups, assisting in the development of risk-based approaches to clean-ups, litigation before state and federal courts and agencies, and legislative and executive branch lobbying. John has served as counsel to Superfund steering committees and trusts and served for nearly 10 years as a Superfund site trustee. He has also devoted a large part of his career to helping business plan expansions to minimize siting, permitting and regulatory issues.

John writes and lectures extensively, having participated in numerous trade association, client and continuing education seminars. He has been an adjunct professor at the Indiana University Maurer School of Law (Bloomington) since 2002 where he teaches the 'Environmental Issues in Business Transactions' class. John also regularly participates in government work groups that develop regulations and policies on various subjects involving ground-water protection and risk-based clean-ups.

John has served on the Keep Indianapolis Beautiful board of directors (board chairman, 1992-1996) since 1988, and was a member of the Indiana Environmental Justice Advisory Committee. He is the immediate past president of the Indiana University Maurer School of Law Alumni Association, a former chair of the Indiana State Bar Association's Environmental Committee, a member of the American and Indiana State Bar Associations, and a fellow of the Indiana Bar Foundation. John has been listed in the Best Lawyers in America every year since 2004, and in Super Lawyers in 2004-2006 and in 2008-2018. In the 2018 edition of Best Lawyers, he was recognized as a "Lawyer of the Year" for his work in environmental law. Since 2013, he has been recognized in Chambers USA: America's Leading Lawyers for Business. In addition, John is listed in Strathmore's Who's Who, 1999-2000; the National Registry of Who's Who; and in Who's Who Among Executives and Professionals, 2008-2009 Honors Edition, 2012-2013. He is also rated 'AV Preeminent' by Martindale Hubbell.