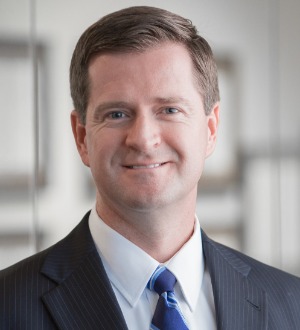 John is a first chair trial lawyer. He tries cases to verdict in state and federal courts and through any appeals. His clients include major electronic equipment suppliers, healthcare providers, large retailers, energy companies, and business owners and executives.

Prior to his legal career, John was an officer in the U.S. Navy for more than seven years. He completed a tour of duty with a Navy air reconnaissance squadron, serving as mission commander during sensitive reconnaissance operations focusing on countries in the Western Pacific and Arabian Gulf areas. He then served in the White House Military Office as a watch officer and deputy director of the Presidential Emergency Operations Center in the East Wing of the White House. During law school, John worked full time as a civilian policy analyst in the Office of the Secretary of Defense and was a senior staff member of The Georgetown Journal of Legal Ethics.

John is active with The BackStoppers and with veterans’ issues.  He has been selected by his peers for inclusion in The 25th Edition of The Best Lawyers in America© and in the 2018 Missouri & Kansas Super Lawyers list.