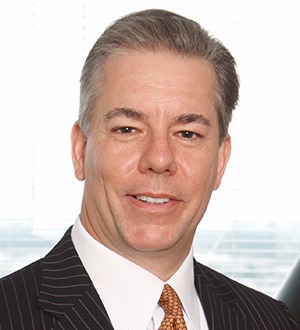 Recognized by Best Lawyers® since 2018.
700 Louisiana Street, Suite 2300 Houston, Texas 77002
(713) 547-9100
|
Firm: Hicks Thomas LLP
|  Website
Edit Profile
Edit Your Profile
To edit your Lawyer Directory information, please login to your
Best Lawyers® Admin Account.
If you have any questions or need assistance, please contact us at info@bestlawyers.com or 803.648.0300.
Overview
Firm

Mr. Thomas has been named to Lawdragon’s 500 Leading Lawyers in America, listed in Best Lawyers in America for his work in Commercial Litigation and Intellectual Property Litigation, selected as a Texas Super Lawyer by Thompson Reuters for every year since its inception, listed by Chambers USA as one of the leading lawyers in the country, and has an AV Preeminent rating from Martindale-Hubble. He also is a Fellow of the Texas Bar Foundation.

Mr. Thomas received his law degree from The University of Michigan Law School, and earned his undergraduate degree from Western Michigan University, where he was a Division I athlete. Following law school, he clerked for Edith H. Jones, Chief Judge (former) of the United States Court of Appeals for the Fifth Circuit.

Following are just a few examples of Mr. Thomas’ work for clients:

J.P. Morgan Chase – The worldwide financial services provider brought in Mr. Thomas to handle a matter before the International Arbitration Association that involved one of the largest credit card portfolios in the world. The lawsuit, which included jurisdictional disputes in New York and Houston, centered on the banking joint venture assembled to develop the co-branded Shell MasterCard. Facing off against Shell and Citibank, Mr. Thomas sought a substantial award against Chase’s joint venture partner, as well as a ruling that Chase was the owner of the accounts. After expedited discovery, the case was successfully tried before a Houston arbitrator before being resolved under confidential terms.

Reliant Energy – When investigators from the Securities and Exchange Commission (SEC) and the U.S. Commodity Futures Trading Commission leveled their aim at Texas-based Reliant Energy, the company’s board of directors called on Mr. Thomas to protect their individual interests. Government investigators set out to prove that Reliant had engaged in improper commodity trading practices in order to boost the company’s trading volumes and sales revenues. Reliant eventually agreed to a settlement with the SEC, but Mr. Thomas’ clients successfully emerged with no findings of wrongdoing.

King Ranch – When the owners of this historic Texas ranch found their property under siege, they called on Mr. Thomas to help unravel a 120-year-old legal battle. King Ranch founder Richard King was sued in the 1880s by the wife of a former business partner over her late husband’s interest in the 15,500 acres of land that later would become the centerpiece of the King Ranch cattle empire. That case eventually settled, with the business partner’s widow selling her property interests for $5,800. When the business partner’s heirs tried to undo the sale nearly 120 years later, Mr. Thomas successfully defended King Ranch by winning a ruling from the Supreme Court of Texas that preserved the earlier sale and confirmed the rightful owners of the King Ranch.

R.R. Street & Co. Inc. – Also known as Street’s, this company is one of the nation’s leading providers of detergents and process additives to the dry cleaning industry. Mr. Thomas’ track record on behalf of the company is just one reason why he has been Street’s go-to national counsel for more than 15 years. In addition to wins in courtroom trials and appeals, Mr. Thomas has become a trusted adviser to the company’s leaders based on his experienced counsel and proven business acumen. He has successfully defended Street’s in numerous individual cases filed across the U.S. by dry cleaners, local municipalities and various water authorities. In all, Mr. Thomas and his team have defeated hundreds of millions of dollars in product liability claims brought against the company. In addition to prevailing in multiple product liability jury trials in California and Texas, Mr. Thomas also obtained a win for Street’s at the Supreme Court of Texas in a case of first impression under the Texas Solid Waste Disposal Act.