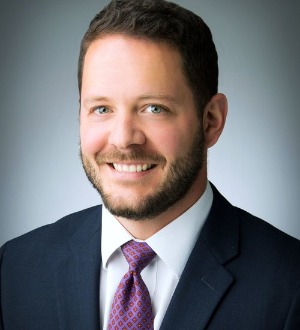 With 100% of his practice devoted to civil litigation, Mr. deGraauw enjoys trying cases before New Mexico juries, as well as alternative dispute resolution. He has achieved the highest Martindale-Hubbell (MH) rating of “AV Preeminent,” demonstrating his legal ability and professional ethics, and he has earned the MH Client Distinction Award. He is listed in The Best Lawyers in America for his expertise and experience in Personal Injury Litigation- Defendants. Mr. deGraauw was included among the Albuquerque Business First "40 Under Forty" award honorees in 2014, given to the state's top young professionals each year, based on professional achievement, leadership and community involvement. Mr. deGraauw has also been selected as a Southwest Super Lawyers Rising Star following a patented selection process based on peer recognition and professional achievement; no more than 2.5 percent of the attorneys in the state are named to the Rising Stars list. He has been recognized as one of the 100 premier trial attorneys in the state of New Mexico by the National Academy of Jurisprudence (NAJ), based on professionalism and excellence in service; less than 1% of attorneys currently practicing in the U.S. are selected to receive Membership into NAJ's Premier 100. He is also listed in America's Most Honored Professionals - Top 5%. Mr. deGraauw has been selected into the Peritum American Attorneys. He has also been selected to the American Institute of Personal Injury Attorney 10 Best list for New Mexico. Mr. deGraauw has also been selected for inclusion in Marquis Who's Who. Further, Mr. deGraauw has been selected for membership in America’s Top 100 Attorneys for the State of New Mexico.  Selection to America’s Top 100 Attorneys is by invitation only and is comprised of the nation’s most exceptional attorneys whose accomplishments merit lifetime achievement recognition; less than one-half percent (0.5%) of active attorneys in the United States will receive this honor.

Mr. deGraauw has served as a Labor Commissioner on the tripartite New Mexico Labor and Industrial Commission, which hears appeals from the Labor and Industrial Division. He also served the Young Lawyers Division as Liaison to the Natural Resources, Energy and Environmental Law Section of the State Bar. He is a member of the American Bar Association, the Defense Research Institute, New Mexico Defense Lawyers Association and the Albuquerque Bar Association. Mr. deGraauw has also been certified by the State Bar of New Mexico and appointed by the New Mexico Supreme Court to serve as a “Bridge the Gap Program” Mentor, allowing him the opportunity to provide guidance and advice to new attorneys in the state.

Mr. deGraauw graduated from Louisiana State University in 2003 with a Bachelor of Landscape Architecture degree, where he was President of the Design College and President of Tau Sigma Delta- the Architecture Honors Society. He earned his law degree from Tulane University Law School in 2006, where he served as Managing Editor of the Tulane Environmental Law Journal and earned the Certificate of Specialization in Environmental Law. During law school, Mr. deGraauw completed clerkships at private law firms in Louisiana and New Mexico, as well as an externship at the New Mexico Court of Appeals. He returned to New Mexico in the wake of Hurricane Katrina and completed his final year of law school at the University of New Mexico Law School. He is admitted to practice in all New Mexico State courts as well as the New Mexico Federal District Court and the United States Court of Appeals for the Tenth Circuit. Mr. deGraauw primarily practices in the following areas of civil litigation: wrongful death and personal injury litigation, products liability, contract disputes, construction law, insurance and bad faith litigation.