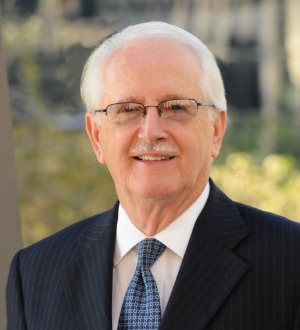 Jimmy recently represented Indian Nations in significant compact litigation with the state of Oklahoma—saving one nation several million dollars on a tobacco compact renewal dispute and saving another tens of millions of dollars in a gaming compact arbitration defeating the state’s efforts to unlawfully tax tribally-supported sales transactions on tribal lands.

In other cases, Jimmy saved his client millions of dollars by preventing the Department of Justice’s novel attempt at using “statistical sampling” in a Medicare fraud case to prove damages for unsampled claims; successfully defended the trial court’s summary dismissal of a seven figure life insurance bad faith claim seeking punitive damages; and persuaded the Oklahoma Supreme Court to grant the rare reversal of an arbitration award.

Jimmy was named 2014 and 2016 Lawyer of the Year for gaming law, and 2018 and 2020 Lawyer of the Year for Native American law in Oklahoma City by Best Lawyers, the oldest and most respected peer-review publication in the legal profession.* He has also been ranked in Chambers USA Band 3 in 2017, named a 2015 – 2017 Litigation Star by Benchmark Litigation and recognized in Oklahoma Super Lawyers in several specialty areas.*

In 2009, Jimmy received the William G. Paul Oklahoma Justice Award, awarded annually by Legal Aid Services of Oklahoma, Inc. on behalf of Oklahoma’s justice community for commitment to “the American promise of equal justice for all.” Jimmy was the recipient of the Oklahoma Bar Association John E. Shipp Award for Ethics in 2006. That same year, the Oklahoma County Bar Association presented him with both the Leadership in Law Award for service to the legal profession, especially toward increasing diversity and pro bono service, and its highest award, the Bobby G. Knapp Bar Leadership Award for sustained leadership, distinguished by stewardship and professionalism reflecting the highest values of the legal community. He is a former president of the Oklahoma Bar Foundation and served for years on the Supreme Court of Oklahoma Uniform Civil Jury Instructions Committee.

Jimmy is actively engaged in professional, community and philanthropic activities: