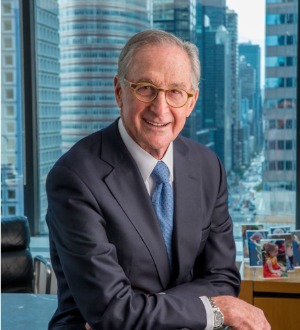 Since founding KM&M in 1972, Jerry Kauff has represented many of the world's leading entertainment, media, publishing, broadcasting and performing arts companies in labor relations, collective bargaining and employment law matters.  As a highly skilled negotiator, he has successfully concluded hundreds of collective bargaining agreements on behalf of employers in industries ranging from printing and communications to entertainment, retail and construction.

Jerry has also developed a particular expertise in the use of innovative dispute resolution and mediation techniques as alternatives to litigation, negotiating settlements in numerous high-profile labor and employment-related disputes. He is a prominent figure in the world of labor and employment law and is often asked to speak and write on a wide variety of sub-specialties within this complex field of law.

Jerry attended New York University School of Law where he earned his law degree and masters degree in labor law. He was a member of NYU's Moot Court Board and was a member of the winning team of NYU's Moot Court competition. Upon graduation from law school, he joined the legal staff of the International Ladies' Garment Workers Union. After five years with the ILGWU, he joined the firm of Phillips, Nizer, Benjamin, Krim & Ballon, where he represented both labor and management and became a partner.