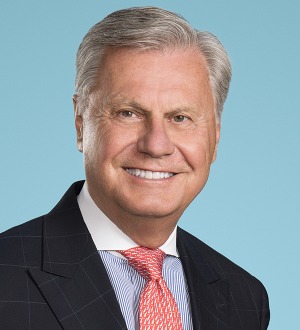 Jerald A Jacobs is a Washington attorney and head of the Nonprofit Organizations practice of the Pillsbury Winthrop Shaw Pittman LLP law firm.  That practice annually provides legal counseling and advocacy for over 150 national trade associations, professional societies, cause organizations, and charities.  He is also head of the 75-attorney Public Practices and Public Policy Sections of the firm.  His practice includes antitrust and trade regulation, health law, litigation, nonprofit corporate governance and transactions, federal income tax exemption, and federal legislative and regulatory issues affecting nonprofit organizations.

Mr. Jacobs is General Counsel for the American Society of Association Executives, the 22,000-member national professional society of nonprofit organization staff executives.  He founded ASAE’s 4,000-member Legal Section, and for the past ten years he has been the keynote speaker at its Legal Symposium.  He has received ASAE’s Distinguished Service Award, the highest honor presented to associate members of the Society.

Mr. Jacobs has advised the governments of the European Union and the Peoples Republic of China on nonprofit/nongovernmental organization issues.

Mr. Jacobs holds undergraduate and law degrees from Georgetown University.  He has served as an adjunct professor in the area of nonprofit organization law at The George Washington University.  He is admitted to practice law in the District of Columbia, before several federal district and circuit courts, and before the U.S. Supreme Court.
What legal services does this lawyer offer?
Mergers and Acquisitions Law
Non-Profit / Charities Law
Awards
Languages
English
Education
Graduated
Georgetown University
Graduated 1967
Contact Details and Office Locations
Other: (202) 663-8000
1200 Seventeenth Street, NW
Washington, District of Columbia 20036
Washington, District of Columbia 20036
See Location