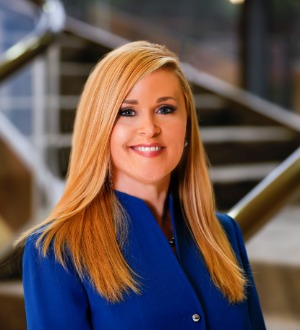 Jenny L. Martinez is a senior partner, member of MWM’s executive committee, and she co-chairs MWM’s complex litigation/dispute resolution section. Jenny is a trial attorney who previously worked at Godwin Bowman & Martinez PC as a named-shareholder, executive committee member, senior vice president, and co-chair of the commercial litigation section. Jenny represents both plaintiffs and defendants in business disputes involving banking, real estate, insurance, employment, contracts and collections. Notably, Jenny was a key member of the legal team defending Halliburton in connection with all civil litigation and investigations arising out of BP’s Macondo well (Deepwater Horizon) blowout in the Gulf of Mexico — the largest environmental lawsuit in the history of the United States.

Reflecting the excellence of her legal practice, she has been named to the Lawdragon 500 Leading Lawyers in America, recognized by D Magazine among “The Best Lawyers in Dallas,” a four-time choice by Thomson Reuters to the list of Texas Super Lawyers and has received a 10.0 rating by AVVO, its highest attorney rating.