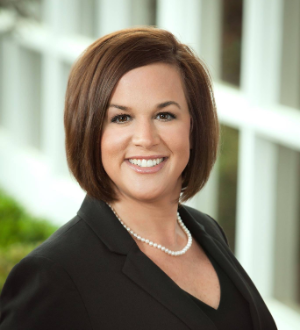 Jennifer R. Piper practices in all areas of family law. She received her law degree from Saint Louis University School of Law and graduated from University of Missouri-Columbia with a B.A. in political science.

Ms. Piper served as a member of the 2010 and 2011 inaugural class of Barristers in The Theodore McMillian American Inn of Court. As a member and Past President of The St. Louis County Bar Association, Ms. Piper is still actively involved in the organization and helps organize Continuing Legal Education Seminars and events. Ms. Piper was appointed and served on a special committee of the Missouri Bar Association dealing with issues involving juvenile cases and immigration. Ms. Piper was appointed by St. Louis County Circuit Court Judge Burton to serve on a special committee to improve the Family Court of St. Louis County that developed and implemented new local rules and procedures. Ms. Piper served on the Board of Directors for Caring for Kids, an organization developed and designed to provide essential resources to meet the urgent needs of children in foster care in St. Louis County.

Certified as a Guardian Ad Litem, Ms. Piper is regularly appointed to represent and protect children by Judges and Commissioners in St. Louis County and St. Louis City. Ms. Piper volunteers as a Guardian Ad Litem for the St. Louis County Domestic Violence Court Docket. Ms. Piper is certified as a Mediator for civil and family law matters. Ms. Piper is also a certified Parenting Coordinator and is regularly appointed by the Court to assist families with the most difficult custody matters. Ms. Piper has successfully represented numerous individuals in all areas of domestic law. Many cases have involved dissolutions, paternity actions, child custody disputes, child support disputes, adoption, juvenile law, abuse and neglect, property division, and guardianship proceedings.

Ms. Piper has successfully argued in front of the Missouri Appellate Court on several occasions. Most notably, Ms. Piper argued in the reported case of Brown v. Shannahan, 141 S.W.3d 77 (Mo.App. E.D. 2004). In Brown, the Court agreed with Ms. Piper and established the following new holding: that the statute governing relocations of parents and minor children did not apply to cases where the court was making an initial determination of paternity and custody.