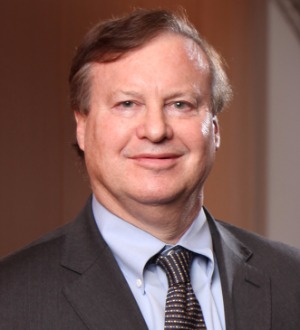 Jeff Edelstein is one of the leading advertising, marketing and media lawyers in the United States. He represents clients in all areas of advertising, marketing and media law. Jeff has developed a well-earned reputation for the numerous successes he has achieved on behalf of leading companies involved in false advertising challenges before the National Advertising Division (NAD) and the National Advertising Review Board (NARB) of the Council of Better Business Bureaus, the primary self-regulatory bodies of the advertising industry; the television networks; and in the courts. His practice also includes reviewing advertising for legal acceptability on behalf of many advertising agencies and advertisers; obtaining network and other media clearance; handling matters before the Federal Trade Commission; representing clients in false advertising cases; advising clients on trademark, copyright, right of publicity and other intellectual property matters; and negotiating and drafting advertising and entertainment contracts, including talent, sponsorship, and social media contracts. Prior to joining Manatt, Jeff was a partner at the New York law firm Hall Dickler Kent Goldstein & Wood, LLP.

Upon graduation from law school, Jeff joined the Federal Trade Commission and served in the General Counsel’s office. He later became Attorney-Advisor to FTC Commissioner Elizabeth Hanford Dole. He then became Director of Broadcast Standards and Practices of the American Broadcasting Company, where he supervised commercial clearance for television and radio broadcast and false advertising challenges.