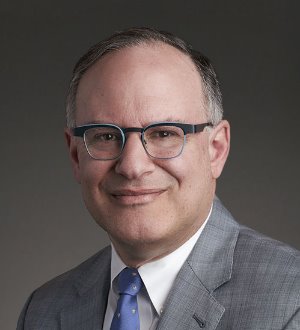 Recognized by Best Lawyers® since 2006.
One Century Tower, 265 Church Street 17th Floor New Haven, Connecticut 06510
(203) 498-4400
|
Firm: Wiggin and Dana LLP
|  Website
Edit Profile
Edit Your Profile
To edit your Lawyer Directory information, please login to your
Best Lawyers® Admin Account.
If you have any questions or need assistance, please contact us at info@bestlawyers.com or 803.648.0300.
Overview
Firm

Jeff is an accomplished appellate lawyer whose vast experience representing clients in complex appeals has taken him from the state level to the U.S. Supreme Court. His efforts have helped shape the law and produced notable successes on behalf of the firm's clients.

Jeff is a Partner in the Appellate Practice Group within the firm's Litigation Department. He handles both complex civil appeals and legal motions in the trial courts. His appeals have involved constitutional issues, insurance, product liability, securities, medical and other professional malpractice, breach of contract, fraud, other business and personal torts, and labor relations. Insurers have retained Jeff to pursue appeals in some of the largest medical malpractice verdicts ever in Connecticut.

Jeff routinely assists trial counsel within Wiggin and Dana and at other firms on complex legal motions both before and after trial and on tasks for preserving issues for appeal. Jeff is often retained to assist pursue- or defend-appeals in cases tried by other law firms. He also has an active administrative appeals practice, representing regulated companies in the judicial review of federal and state agency action for health care, telecommunications, and energy clients. He has authored both party and amicus briefs in the U.S. Supreme Court as well as prepared advocates for oral argument before that Court.

Jeff is a Fellow of the American Academy of Appellate Lawyers, and he co-chaired the Connecticut Bar Association's Appellate Advocacy Section. By appointment of Connecticut's Chief Justice, he serves on the State's Advisory Committee on Appellate Rules. Jeff has authored numerous articles for the Connecticut Law Tribune and frequently lectures at seminars on appellate law and procedure.