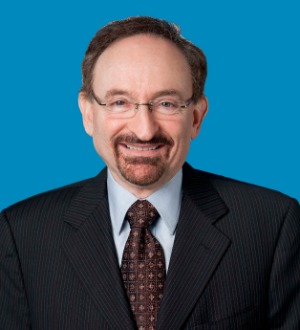 Mr. Davidson has a national practice in bankruptcy reorganizations and out-of-court restructurings. He has frequently served as lead counsel representing both public and private business entities in a variety of industries. In addition, Mr. Davidson commonly represents hedge funds and other significant holders of securities in connection with complex chapter 11 reorganizations and workouts, and has handled many insolvency-related sales and acquisitions.   He is a fellow of the American College of Bankruptcy, where he is a member of its Board of Regents, its Nominating Committee, chair of its Ninth Circuit Council, and immediate past chair of its Ninth Circuit Educational Programs Committee. Mr. Davidson was named a "Lawyer of the Year" for Bankruptcy and Creditor Debtor Rights / Insolvency and Reorganization Law in the 20th edition of Best Lawyers in America and for Litigation - Bankruptcy in the 21st edition. He has been listed by the Best Lawyers in America every year since 2001; by Chambers USA in the practice area of Bankruptcy / Restructuring; by Southern California Superlawyers in the practice area of Bankruptcy & Creditor/Debtor Rights every year since 2004; and by Who's Who in America; and Who's Who in American Law.

Mr. Davidson has published and lectured on a variety of bankruptcy-related topics. For several years he has presented annual bankruptcy update programs for the Financial Lawyers Conference, for the Bankruptcy Section of the New Mexico State Bar, and previously for the Business Law Section of the State Bar of California. He has also presented various educational programs for ALI-ABA, ALI CLE, Association of Insolvency and Restructuring Advisors, California Continuing Education of the Bar, Renaissance American Management, Beard Group and Turnaround Management Association.