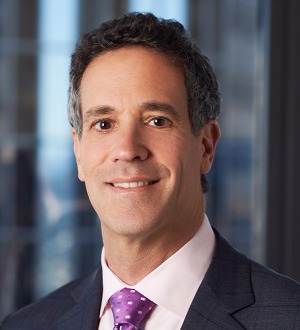 The leader of the Corporate Group in Skadden’s Los Angeles office, Jeffrey H. Cohen is recognized consistently as one of the leading private equity and M&A lawyers in Southern California. His broad transactional practice focuses on private equity and strategic mergers and acquisitions around the world.

Mr. Cohen has represented both buyers and sellers in numerous large and middle-market mergers and acquisitions. He often represents private equity funds and their portfolio companies in a full investment cycle, including acquisitions, financings and dispositions, as well as entrepreneurs and family businesses. In addition, he has counseled clients on numerous investments in distressed debt and acquisitions of distressed businesses.

Mr. Cohen’s representations have included clients in an array of industries, such as apparel, energy, food, consumer products, retail, gaming, banking, sports and media, among others. In addition, he routinely counsels corporations and their officers and directors on securities and corporate governance matters.

Mr. Cohen has been recognized repeatedly for his work, most notably by Chambers USA, in which sources note that he “is admired for his ‘thoughtful, experienced approach.’” His achievements also have been noted by The Best Lawyers in America,The Legal 500 U.S., IFLR1000 and the Los Angeles Business Journal, which included him among the “Who’s Who in L.A. Law” and the top 40 “Most Influential M&A Advisors” in Los Angeles. The Daily Journal profiled Mr. Cohen in a cover story documenting Skadden’s success in building a substantial corporate practice in Los Angeles, and in 2013, recognized him as one of the top 10 private equity lawyers in California.

What legal services does this lawyer offer?
Corporate Law
Awards