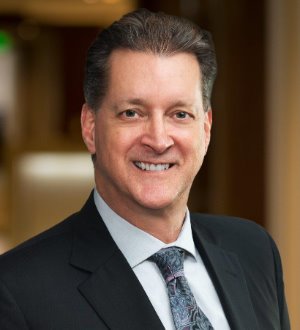 Jeffrey A. Michael is a partner in the firm's Grand Rapids, Michigan, office, and a member of the Intellectual Property and Technology Departments, as well as the Nanotechnology Practice Group.

Jeffrey serves corporate and individual clients by obtaining intellectual property protection in the United States and foreign countries and concentrates this portion of his practice primarily in the areas of electrical, electro-mechanical, mechanical, and computer-related inventions. He also counsels clients on matters relating to strategies for protection of their technology, enforcement of their intellectual property rights, and avoidance of patent infringement.

Jeffrey is registered to practice before the United States Patent and Trademark Office and has been admitted to practice before the United States District Courts for the Northern and Southern Districts of Indiana as well as the state courts of Indiana. He also is admitted to practice in Michigan and the U.S. District Court for the Western District of Michigan. He was selected for inclusion in the 2011-2018 editions of The Best Lawyers in America' in the field of intellectual property law, and the 2007-2011 editions of Super Lawyers' magazine in the field of intellectual property. In 2017, The Best Lawyers in America named Jeffrey on the "Lawyer of the Year" list for his work in patent litigation.

Jeffrey received a B.S. with distinction in electrical engineering from Wayne State University in 1983 and an M.S. in electrical engineering from Purdue University in 1989. He attended the Indiana University School of Law ' Bloomington and received his J.D. in 1993. Prior to practicing law, Jeffrey spent seven years developing integrated circuitry in the automotive industry. He has authored a number of technical articles and is a co-inventor of a United States patent. He joined Barnes & Thornburg in 2001.

What legal services does this lawyer offer?
Patent Law
Awards