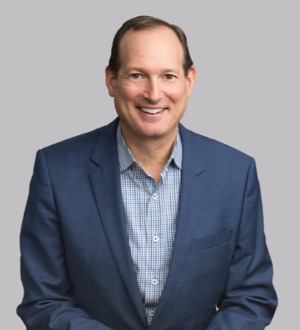 Jay advises corporations, their officers, and their boards of directors on their most important issues. Jay leads internal investigations on behalf of companies and their boards, and responds to investigations by government agencies, including the Department of Justice and the Securities and Exchange Commission. He also served as Special Counsel to the New York State Senate in connection with the Moreland Commission to Investigate Public Corruption. In addition, Jay defends corporations and their officers and directors in securities and consumer class action litigation.

Much of Jay’s practice is international. For example, he often advises China-based companies with respect to issues they face with regulators or law enforcement agencies in the United States. He also advises companies seeking to do business in China, Russia, the Middle East, and elsewhere. Jay drafts and reviews compliance policies, and advises companies on due diligence concerning acquisitions. Most of his advice deals with assisting companies to manage or mitigate risk better. He has participated in several cross-jurisdictional investigations involving the Department of Justice and the Securities and Exchange Commission, as well as foreign law enforcement agencies such as the United Kingdom’s Serious Fraud Office.

Securities Litigation and Enforcement
Jay represents corporations, financial institutions, broker-dealers, and their officers and directors in securities-related matters. His experience includes litigating securities enforcement actions, class actions, and derivative actions in courts throughout the country. Recent experience includes representing public companies based in China, as well as their officers, directors, and auditors, in investigations and enforcement actions brought by the Securities and Exchange Commission and the Public Company Accounting Oversight Board. Jay has handled investigations and enforcement actions brought by the SEC and the PCAOB across the country, including New York, Washington, Los Angeles, and Boston.

International Arbitration
Jay has experience litigating complex cross-border matters before arbitration agencies, as well as in state and federal courts. The American Lawyer described Jay’s representation of Telenor ASA in its dispute with Alfa Group as "one of the defining transnational business battles of our time."

Consumer Class Action and Enforcement
In addition, Jay has defended companies in consumer class actions as well as investigations initiated by the Federal Trade Commission, Department of Justice, and state Attorneys General offices. Recently, Jay has defended a major international retailer in a consumer class action brought in federal court in Chicago.

Internet Gaming
Jay also has one of the country’s leading internet gambling practices. From the criminal investigations of public companies in the United Kingdom that the U.S. Department of Justice brought in the wake of the passage of the Unlawful Internet Gambling Enforcement Act of 2006, to the recent prosecutions and asset forfeiture seizures following “Black Friday,” Jay has represented companies, chief executive officers, board of director committees, and individuals in the most important cases that the DOJ has brought in this area.