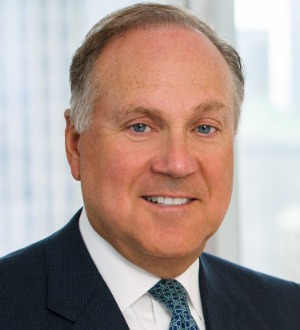 Jay B. Kasner, Skadden’s national securities litigation practice leader, represents a diverse group of U.S. and international public and private companies and their directors and officers in their most crucial litigation matters.

He has been ranked repeatedly in the top tier for nationwide securities litigation in Chambers USA, is one of only three lawyers listed in Chambers as a “star individual” for New York securities litigation, and received its Business Trial Lawyer Award for Excellence in 2018. He was named a 2018 Distinguished Leader by the New York Law Journal — which also recognized Skadden as its Litigation Department of the Year — and a 2018 Litigation Trailblazer by the National Law Journal. Under Mr. Kasner’s leadership, Skadden’s 80-attorney securities litigation practice was recognized nine consecutive times, including in the 2020 Fearsome Foursome — the four elite litigation practices — and named a “powerhouse” in securities and finance litigation by BTI Consulting.Mr. Kasner has advised or is currently advising numerous public and private companies of various sizes around the world, including, among others:

Over the course of his career, he also has advised financial services clients worldwide in class action and other litigation, including, among others:

His victories before the U.S. Supreme Court and various appellate courts throughout the United States include representing, among others:

Additionally, he advises Latin American companies in the defense of a wide range of litigation and regulatory issues, including securities and complex commercial claims, for clients such as BRF S.A., Cimento Tupi S.A., Gerdau S.A., Quiñenco S.A. and Tech Pack S.A. In addition to representing the Petrobras underwriter syndicate, which included Banco Bradesco BBI S.A., Itaú BBA USA Securities, Inc. and Banco do Brazil S.A., he recently has advised:

Mr. Kasner is the recipient of the Judge Joseph M. Proskauer Award from the UJA-Federation of New York, given to distinguished individuals who have shown a deep commitment to philanthropy and whose conduct and service exemplifies the highest ideals of the law (2017); the Judge Simon G. Rifkind Award presented by the Jewish Theological Seminary in recognition of his demonstrated commitment to the letter of the law and for distinguished public service (2014); and the 40th Anniversary George A. Katz Torch of Learning Award from the American Friends of The Hebrew University Lawyers’ Division, Greater New York Region (2010).