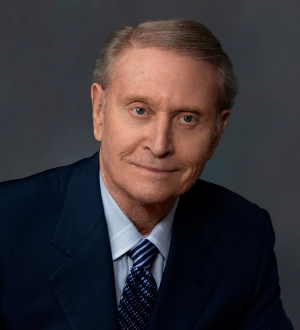 James Bostwick is one of the most respected medical malpractice and personal injury lawyers in the nation. As Founder of Bostwick & Peterson, he’s cultivated a reputation as a top-tier specialist in catastrophic malpractice cases and has secured numerous record-setting verdicts and settlements. He is one of a few lawyers in the U.S. deemed a Certified Medical Malpractice Specialist by the American Board of Professional Liability.

Bostwick has spent more than 50 years specializing in complex medical malpractice and personal injury law and has set the bar for litigating some of the most complex and high-stakes cases in the country. He has set and broken many records – many of them his own. In 1979, Bostwick obtained the largest medical malpractice verdict in U.S. history and spent the years since setting state and national records for high-value recoveries in legal malpractice, birth injury, and other personal injury claims. In early 2018, he obtained a $14M malpractice settlement just before trial over a neonatal brain injury. At the time, the result was the largest present value settlement in California history for a case that had not been tried to verdict.

Bostwick has earned widespread recognition from many organizations. He is a member of the Inner Circle of Advocates, an invite-only organization limited to the top 100 plaintiffs’ lawyers in the U.S. (and considered the most exclusive trial lawyer organization in the world), the International Academy of Trial Lawyers (Top 500 trial lawyers in the US), American Board of Trial Advocates, and Lawdragon 500. He’s been named to Best Lawyers in America every year since its inception in 1983, rated among the Top 4 Trial Lawyers by the California Bar Journal, and featured in Newsweek, Town and Country, and Forbes as one of America’s top trial lawyers.