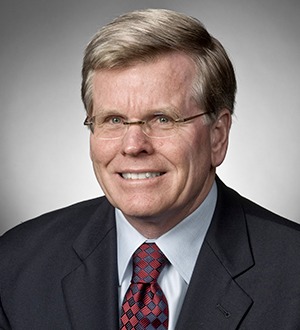 Recognized by Best Lawyers® since 2007.
425 Market Street San Francisco, California 94105-2482
(415) 268-7000
|
Firm: Morrison & Foerster
|  Website
Edit Profile
Edit Your Profile
To edit your Lawyer Directory information, please login to your
Best Lawyers® Admin Account.
If you have any questions or need assistance, please contact us at info@bestlawyers.com or 803.648.0300.
Overview
Firm

As one of the firm’s most experienced trial lawyers, James Bennett brings a mastery of turning complex fact patterns into persuasive trial presentations. “James Bennett hammered the experts and gave the jury a credible, coherent story they can understand,” wrote the National Law Journal, about the defense verdict Jim and the MoFo trial team secured in In re JDS Uniphase Corp. Securities Litigation (2007).  Mr. Bennett acted as lead trial counsel in the five week trial of the JDSU case, which ended in a complete defense verdict.  In the case, plaintiffs sought damages in excess of $20 billion which made the case one of the largest of any type ever taken to trial and successfully defended.

Mr. Bennett is a fellow of the American College of Trial Lawyers and an associate member of The American Board of Trial Advocates.  He has first-chaired over 30 complex commercial jury trials.  He has successfully defended at trial multiple cases in which damages in excess of $100 million were sought.  Mr. Bennett also has extensive experience representing plaintiffs in a variety of commercial matters.  His trial record includes four plaintiffs' cases in which he has obtained verdicts and judgments with a collective value in excess of $160 million.

Mr. Bennett routinely defends clients in bet-the-company litigation.  He has litigated numerous cases in the intellectual property arena, including the representation of Altera Corporation in patent infringement litigation and a plaintiffs’ suit.  In 2009, Mr. Bennett obtained a favorable settlement in a False Claims Act case brought by two California state agency employees against Maxxam and its principal shareholder in which the plaintiffs sought recovery and damages of over $1 billion.  Mr. Bennett also received favorable jury verdicts in the defense of Mercury Companies in a trade secrets and breach-of-contract case in which plaintiff’s were seeking in excess of $150,000,000 in compensatory and punitive damages.

Mr. Bennett has also argued on numerous occasions before the California Supreme Court and Courts of Appeal and the Ninth Circuit. His most recent argument before the California Supreme Court was in the case of Dowhal v. SmithKline Beecham Consumer Healthcare (2004) 32 Cal.4th 910, where he obtained a unanimous decision affirming the trial court’s ruling that Proposition 65’s labeling requirements as to SmithKline’s smoking cessation products is preempted under the U.S. Constitution’s Supremacy Clause by the federal Food, Drug and Cosmetic Act and FDA regulations.

Mr. Bennett served as firmwide Chair of the Litigation Department from 1999 to 2003.  He is the recipient of the California Lawyer 2008 Attorney of the Year Award, and has on multiple occasions been listed in San Francisco Magazine as one of Northern California's top 100 lawyers for General Litigation.

During law school, Mr. Bennett was a member of the editorial staff of the Hastings Law Journal and was elected to Order of the Coif.