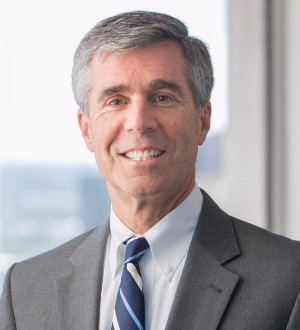 A former U.S. attorney for the Eastern District of Missouri, Jim is regularly lead defense counsel in class action and civil litigation matters, including SEC fraud and healthcare fraud in False Claims Act (FCA) litigation. Corporations also call on him to lead internal investigations related to alleged violations of the Foreign Corrupt Practices Act, among other matters.

Jim’s cases often draw national attention. In 2010 he won the dismissal of an SEC lawsuit charging his client with a stock option backdating scheme. He also convinced the DOJ to terminate its highly publicized criminal investigation of a Bush cabinet member without bringing charges or taking any other adverse action.

More than half of Jim’s clients investigated by the government for criminal conduct have never been indicted. Several of his class action and FCA-related lawsuits have also been dismissed, saving his clients the financial and other burdens of discovery and trial.

As director of investigative operations for the John C. Danforth Office of Special Counsel, Jim supervised attorneys and federal agents investigating the 1993 confrontation between law enforcement and the Branch Davidians in Waco, Texas.

Prior to joining Dowd Bennett, Jim was a partner in a large St. Louis–based law firm. Before private practice, he was a federal prosecutor for 21 years, prosecuting white collar crime, public corruption and tax fraud.