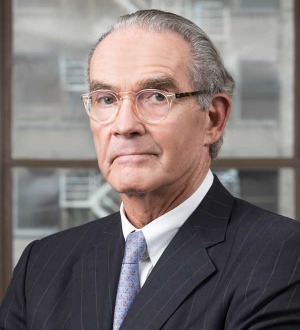 Beginning with T. Boone Pickens and Mesa Petroleum Company in the early 1980’s, he  has represented clients in many uninvited or hostile acquisition efforts involving publicly-traded companies. More recently, he has frequently been called upon to advise and to represent special committees in connection with majority/minority transactions and interested party transactions and he routinely defends individual, derivative and class action claims against business institutions and their directors related to public and private securities transactions. He continues to both prosecute and defend against hostile acquisition attempts and represents clients before the Securities and Exchange Commission and the Federal Trade Commission.

In his thirty years of practice, Jim has tried well over 100 cases to jury and bench verdicts across the Nation.  He has disposed of hundreds more by motion or sheer force of will.