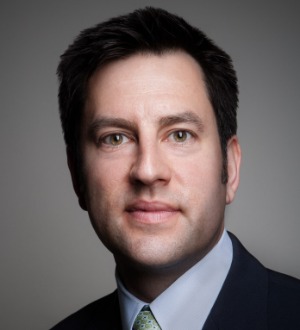 JAHAN C. SAGAFI is the partner-in-charge of the firm’s San Francisco office, where he represents workers in employment class actionschallenging discrimination, wage and hour abuses, Fair Credit Reporting Act violations, and other types of exploitation.  He has won a jury trial for a nationwide class of approximately 1,000 technical support workers, an en banc appeal in the Ninth Circuit, and many settlements to recover backpay for overtime compensation, meal and rest breaks, vacation benefits, discriminatory pay and promotion gaps, and more.

In addition to his trial court work, Mr. Sagafi represents plaintiffs in appeals in the U.S. Supreme Court, Ninth Circuit, and other courts, addressing issues such as workers’ rights, arbitration agreements, class certification, standing, unfair and deceptive practices under California’s Unfair Competition Law, and FDA preemption. He has also volunteered to write amicus briefs in the Ninth Circuit and U.S. Supreme Court.

Mr. Sagafi is also active in the community, serving on several boards, including national nonprofit Alliance for Justice's (AFJ) board and the San Francisco American Constitution Society (ACS) Bay Area chapter’s Board of Advisors. In the past, he has served as a Governor of the board of the nonprofit Public Advocates, a member of the Bar Association of San Francisco (BASF) Judicial Evaluations Committee, a BASF attorney fee disputes arbitrator, Vice Chair of the board of the ACLU of Northern California (and Chair of Legal Committee), chair of the Board of the San Francisco ACS chapter, and as an Executive Committee member of the California Bar Litigation Section.  Additionally, Mr. Sagafi has served as an organizer of ABA Labor & Employment Law Section conferences.

Mr. Sagafi has been recognized by numerous legal and non-profit organizations.  He has received the Community Justice Award from Centro Legal De La Raza, and has been repeatedly recognized as one of the Top 100 lawyers in all fields in Northern California (2015-19), one of the Daily Journal’s “Top 75 Labor and Employment Lawyers” in California (2015-18), and one of Lawdragon’s 500 Leading Plaintiff Employment Lawyers in the United States (2018).

(*Prior results do not guarantee a similar outcome.)