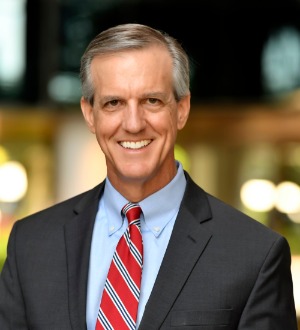 Tim has written articles for peer publications and is AV-rated by Martindale Hubbell, the highest peer rating available in the practice of law for ethical standards and legal ability. Mr. Schulte has received the designations of Super Lawyer in Super Lawyer Magazine and Legal Elite in Florida Trend Magazine, being counted among the elite 5% of Florida’s attorneys to receive these honors. Tim is also included in The Best Lawyers in America by Florida’s Best Lawyers, and was selected as a Top Rated Lawyer in Commercial Litigation by Corporate Counsel and The American Lawyer.  He has also been recognized as one of Orlando Home and Leisure Magazine’s Top Lawyers, and has been selected as a Top Rated Lawyer in Construction Law in The Daily Business Review.

Tim’s service to the legal profession was recognized with the Distinguished Service Award from the Orange County Bar Association Legal Aid Society. He was appointed by the Governor of the State of Florida to serve on the Judicial Nominating Commission for the Ninth Circuit. Tim attended Leadership Orlando and is a graduate of the 1995 Lifework Leadership class. He is very dedicated to his community. Tim has served in many capacities in the church. He served on the local Little League Board of Directors for many years, including two years as President. In recognition of his service to both his community and the City of Orlando, May 17, 2006 was named in Tim’s honor in a proclamation by the Mayor of Orlando.