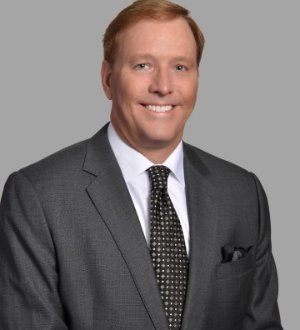 Randy Coffey is a partner in the Kansas City office. He devotes his practice to the representation of management in labor and employment matters, defending employers in state and federal courts throughout the United States.

Randy has litigated numerous multi-plaintiff and class-action cases, as well as cases brought by individual plaintiffs. He also provides representation before state and federal administrative agencies, including the Equal Employment Opportunity Commission, the National Labor Relations Board, and the Occupational Safety and Health Administration.

His experience also includes traditional labor representation, such as labor contract negotiations, NLRB-supervised representation elections and litigation, and union avoidance efforts. He routinely consults with and counsels clients concerning employment-related matters ranging from application of the Family and Medical Leave Act to the discharge of employees.

After graduating from law school, Randy served as a Law Clerk to the Honorable Pasco M. Bowman on the United States Court of Appeals for the Eighth Circuit. He is "AV" Peer Review Rated by Martindale-Hubbell, he has been listed in Chambers USA, America's Leading Business Lawyers since 2008 and he was selected for inclusion in The Best Lawyers in America 2013 and 2014. In 2010 Randy was inducted as a Fellow into The College of Labor & Employment Lawyers.

Election as a Fellow is the highest recognition by an attorney's colleagues of sustained outstanding performance in the profession, exemplifying integrity, dedication and excellence.

In 2011, 2013, and 2013 Randy was selected for inclusion in Missouri and Kansas Super Lawyers and he was included in the 2014 edition of The International Who’s Who of Management Labour & Employment Lawyers. Randy previously served as the Management Chair of the American Bar Association’s Equal Employment Opportunity Committee.