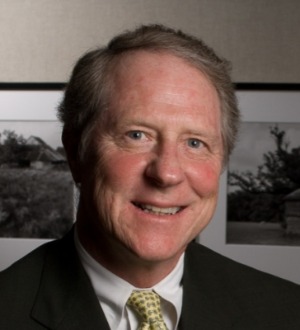 Years In Practice
Phone Number (225) 387-3221
John Michael “Mike” Parker is a partner at Taylor Porter, practicing law since 1978. Mr. Parker’s practice areas include complex civil litigation, toxic torts class action, insurance, products liability, admiralty, and maritime law.  During the past several years, Mr. Parker has acted as lead trial counsel in the defense of federal and state litigation involving environmental claims for remediation of soil and groundwater contamination and claims relating to occupational and non-occupational exposure to toxics released into the air, soil, or water. Over the course of his experience, Mr. Parker has tried a wide variety of cases, both for individuals as well as for Fortune 500 companies. In his career, Mr. Parker has handled cases involving highway design, construction, expropriation/ condemnation disputes for pipeline, highways, electric power and landowners' interests, interstate trucking, business interruption, pipeline and pressure vessel explosions, gas and steam turbine failure, fires, building defects, electrical faults and failures, ship collisions, Jones Act Seaman Claims, insurance coverage, asbestos, silica, lead, and chlorinated solvents. Throughout his career, Mr. Parker has been a frequent lecturer on various subjects including toxic torts, insurance, and civil litigation. Mr. Parker was selected for inclusion in The Best Lawyers in America® and is AV Martindale rated among the Bar Register Preeminent Lawyers.  Mr. Parker is a Fellow of the American College of Trial Lawyers (ACTL), one of the premier legal associations in North America, composed of preeminent members of the Trial Bar, and limited to just 1 percent of the total lawyer population of any state. Fellowship is extended only by invitation, after careful investigation, to those experienced trial lawyers who have mastered the art of advocacy and whose professional careers have been marked by the highest standards of ethical conduct, professionalism, civility and collegiality.
What legal services does this lawyer offer?
Mass Tort Litigation / Class Actions - Defendants
Awards