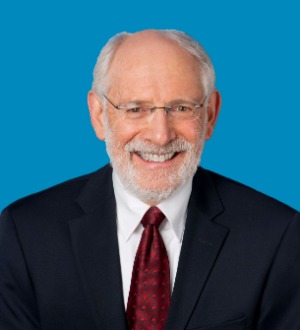 Mr. Pachulski is a nationally prominent bankruptcy attorney with over four decades of experience in reorganization proceedings and in dealing with a broad spectrum of bankruptcy-related issues. Throughout his legal career, Mr. Pachulski has specialized in corporate reorganization, insolvency, and bankruptcy law. He has represented debtors, significant creditors, official and unofficial committees, and creditor groups in cases around the country. Many of Mr. Pachulski’s representations are nonpublic, involving advice to clients on a variety of bankruptcy-related issues. He has represented substantial creditors and creditor groups in major chapter 11 cases such as those of Westinghouse (substantial creditor); Toys R Us (substantial bondholder); Lehman Brothers (substantial creditor and bondholder); Tribune (substantial noteholder) Scotia Pacific Co. ( holders of in excess of $200 million of secured notes); Calpine (appellate co-counsel to certain holders of convertible notes), Adelphia Communications (substantial noteholder and special conflicts counsel to ad hoc noteholder group) and Enron Corp. ( holders of in excess of $3 billion of senior unsecured debt). Recently, Mr. Pachulski represented the National Association of Bankruptcy Trustees in submitting an amicus brief to the Eleventh Circuit Court of Appeals in support of the creditors' committee in an appeal that focused on the remedies available in a fraudulent conveyance action in Senior Transeastern Lenders v. Official Committee of Unsecured Creditors (In re Tousa, Inc.), No. 17-11545 (11th Cir. July 19, 2017).

Previously, Mr. Pachulski has represented debtors and, to a lesser extent, trustees. Among these representations: He acted as lead chapter 11 counsel for Mariner Post-Acute Network, Inc., Mariner Health Group, Inc., and 185 affiliated entities that collectively operated approximately 400 skilled nursing and long-term acute care facilities as of the chapter 11 filing, and who successfully confirmed a chapter 11 plan. Mr. Pachulski represented the trustee for a failed clearing broker in a proceeding under the Securities Investor Protection Act.

Mr. Pachulski is a member of the National Bankruptcy Conference (where he chaired the Chapter 11 Committee and has previously served on the Executive Committee) and the International Insolvency Institute, as well as being a fellow of the American College of Bankruptcy. In 2009, he testified before Congress on behalf of the National Bankruptcy Conference in connection with issues affecting the reorganization of retailers. He has been named in Who's Who Legal (for Insolvency & Restructuring), the Best of the Best (Legal Media Group), 500 Leading Lawyers in America; Southern California Best Lawyers in America (2011 & 2012); Best Lawyers in America (every year since 1993); and Super Lawyers for Bankruptcy & Creditor/Debtor Rights (Super Lawyers Magazine; every year since 2004). Mr. Pachulski holds an AV Preeminent Peer Rating, Martindale-Hubbell's highest recognition for ethical standards and legal ability.