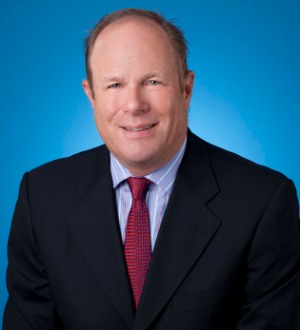 Iain Nasatir specializes in insurance coverage, insolvency, regulatory, reinsurance and bankruptcy disputes. His cases have involved the interplay between state insurance regulators and bankruptcy court jurisdiction, such as Superior National, Fremont and Executive Life. Mr. Nasatir also advises on complex regulatory, jurisdictional, insurance, and reinsurance issues arising in bankruptcy, such as captive insurers and D&O insurance coverage. Finally, he is heavily involved with insurance coverage issues in the firm’s representations of committees of clergy sexual-abuse survivors in chapter 11 bankruptcies (e.g., Archdiocese of Santa Fe, Diocese of Gallup, Diocese of Stockton, Diocese of Davenport and others) and other sexual abuse-related bankruptcies (e.g., Weinstein and USA Gymnastics Federation).

For further information on the firm's involvement in clergy and other sexual-abuse cases, please see the general firm discussion.

In the course of the firm's bankruptcy representation of Sizzler Restaurants, Mr. Nasatir advised on complex reinsurance and insurance defense issues arising in the bankruptcy regarding the debtor's captive insurer, and successfully implemented a mandatory mediation program in the bankruptcy court to maximize the opportunity for a premium refund to be paid to the debtor. Mr. Nasatir has also been involved in similar capacities for the trustee of a bankrupt American subsidiary of a Japanese scrap metal company and for Breed Technologies in its bankruptcy. In addition to handling coverage issues on primary insurance and reinsurance agreements, Mr. Nasatir has represented policyholders in coverage disputes, including D&O coverage litigation with National Union Fire Insurance Company of Pittsburgh, Pa. and other similar carriers.

On the litigation front, Mr. Nasatir obtained a defense judgment at trial on behalf of Fremont General in a suit brought by the Bank of New York over workers compensation deposits. He also obtained dismissals for the same client in litigation brought by the California Insurance Commissioner. On behalf of his Superior National client, he settled a reinsurance fraud dispute with a "walk-away."

He attended Stowe School in Bucks, England, Williams College, Columbia College, and Cardozo School of Law. In 2006, he was named a Southern California Super Lawyer. Mr. Nasatir is admitted to practice in New York and California.