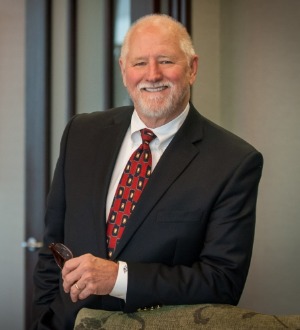 I. C. (Jack) Waddey, Jr. is co-founder and senior attorney at the Firm, instrumental in its growth from three lawyers to 15 patent professionals in 20 years. He represents clients as an adviser in developing their intellectual property portfolios, as a patent and trademark advocate, and as mentor to start-up organizations. He is trained, certified and active locally, regionally and nationally as a mediator. He is listed as an approved Rule 31 Mediator by the Supreme Court of the State of Tennessee and has been publicly proclaimed as the "go to" mediator for difficult IP and commercial cases. Mr. Waddey is a Charter Member of The Tennessee Academy of Mediators & Arbitrators, a Distinguished Fellow and member of the Board of Governors of the International Academy of Mediators and a member of the technology panel of CPR. He is one of three mediators on the INTA panel of approved mediators for trademark cases in the 11 state Southeast region. He is also approved to serve as an arbitrator in FINRA cases. Mr. Waddey's technical expertise is in the mechanical arts and electro-mechanical technologies, with particular emphasis in road building machinery, automotive equipment, consumer goods, business methods and construction equipment. He has assisted clients in obtaining over 160 patents and has more than 40 years of experience in intellectual property counseling and litigation, including trials representing clients in state and federal courts throughout the country and in the United States Courts of Appeals. Mr. Waddey also serves as a legal consultant and expert witness in patent and trade secret litigation involving mechanical and electro-mechanical technologies, and in other disputes involving intellectual property issues.

For a list representative of cases in which Mr. Waddey served as , please email Mr. Waddey.