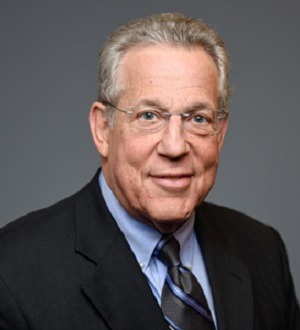 Years In Practice
Phone Number (312) 435-1050
Howard Adelman formed the law firm of Adelman & Gettleman, Ltd. with Chad H. Gettleman in 1983. Since entering private practice in 1978, Howard has devoted his entire professional practice to the areas of commercial litigation, bankruptcy, insolvency, and corporate reorganization. He has participated in major bankruptcy cases since 1978 as counsel to the debtor, and has served as counsel to Creditors' Committees, financial institutions and other parties, has confirmed numerous plans of reorganization, and has tried and argued cases in the Bankruptcy Court and the United States District Court. He has appeared in the Seventh Circuit Court of Appeals on numerous occasions beginning with In re EDC Holding Company, 676 F.2d 945 (7th Cir. 1982), and more recently In re Doctors Hospital of Hyde Park, Inc., 474 F.3d 421 (7th Cir. 2007). In October of 1999, Howard was appointed by Chief Justice William Rehnquist to serve as a member of the Judicial Conference Advisory Committee on the Federal Rules of Bankruptcy Procedure. He served on the Advisory Committee from 1999 - 2005 through the implementation of BAPCPA. Among other honors, Howard has been listed for more than twenty-five years in "The Best Lawyers in America." He has been chosen as one of America's Leading Lawyers for Business by Chambers USA American Leading Lawyers (2004 – 2017) , as one of the Top 100 Illinois Business Lawyers by Leading Lawyers Network (2006 – 2018), and was one of the Top 10 Illinois Super Lawyers regardless of specialty for seven consecutive years (2012 - 2018). In 2014 he was also listed among the Top 10 Commercial Bankruptcy Lawyers in Illinois by Leading Lawyers. Howard is also a Fellow of the American College of Bankruptcy as part of its Twelfth Class. Before founding Adelman & Gettleman, Howard practiced with Schwartz, Cooper, Kolb & Gaynor, joining the firm in 1978 being made a partner in 1981. He has previously served as the staff law clerk assigned to the Honorable Robert G. Dowd, Chief Judge of the Missouri Court of Appeals, St. Louis District, and later became the Executive Judicial Assistant to the Missouri Court of Appeals, St. Louis Distric
What legal services does this lawyer offer?
Bankruptcy and Creditor Debtor Rights / Insolvency and Reorganization Law
Bankruptcy Chapter 12
Bankruptcy Chapter 7
Commercial Bankruptcy and Reorganization
Committee Representation
Liquidations
Litigation - Bankruptcy
Out-of-Court Workouts
Contact Details and Office Locations
Office: (312) 435-1050
53 West Jackson Boulevard, Suite 1050
Chicago, Illinois 60604
Chicago, Illinois 60604
See Location