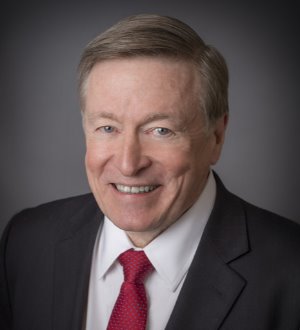 A partner in the regional commercial, energy and defense law firm of Bowles Rice LLP headquartered in Charleston, West Virginia, Howard has advised and represented all 55 of West Virginia’s county boards of education, all of its regional education service agencies, the West Virginia School Board Association and other public and higher education institutions. He has appeared on behalf of public education interests in dozens of appeals in the West Virginia Supreme Court of Appeals.

He is a co-founder of the Signature Series Workshops, providing focused legal education to public school leaders in interactive small group settings. A trained facilitator, Howard is frequently engaged as a presenter and panelist on school law issues, emphasizing preventive legal advice and practical action steps for education officials and administrators. He is a longtime member of the National Council of School Attorneys, the Education Law Association and the National Association of College and University Attorneys.

Upon graduation from high school in Williamstown, West Virginia, Howard attended Michigan State University, receiving a Bachelor of Arts Degree, with High Honors, in political science. He earned his J.D. degree from the West Virginia University College of Law, where he was a member of the National Moot Court Team, chosen for the Order of Barristers and graduated Order of the Coif. He entered the private practice of law after clerking for two years for Hon. John A. Field, Jr. of the United States Court of Appels for the Fourth Circuit.

A West Virginia Bar Foundation Fellow, Howard is an emeritus director and past chair of the nation’s first statewide education fund, The Education Alliance, and past chair of SW Resources, a West Virginia nonprofit focused on the vocational needs of adults with disabilities. His current community service includes service as a board member and officer of the West Virginia Mansion Preservation Foundation, and as a Read Aloud volunteer at Mary C. Snow West Side Elementary School in Charleston, West Virginia.