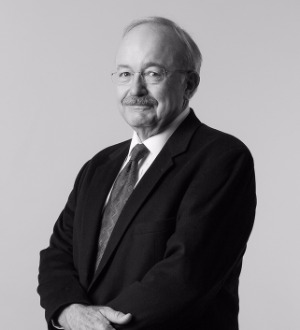 Herrick K. Lidstone, Jr. is a shareholder in the law firm of Burns Figa & Will PC, where he practices in the areas of business transactions, including taxation, limited liability company and corporate formation and organization, mergers and acquisitions, ethics, and securities. He has lectured at the Institute for Advanced Legal Studies, has been an adjunct professor at the University of Denver Sturm College of Law (1986-1997, 2012, and 2014 through 2017) and at the University of Colorado School of Law (2009).  Mr. Lidstone has presented more than 120 papers for various professional organizations on securities law, ethics, limited liability companies, and partnerships.

Mr. Lidstone has written more than 30 articles on business and securities law published in The Colorado Lawyer.  He is the author of the Securities Law Deskbook (2006-2018 (CLE in Colorado, Inc.)), Limited Liability Companies and Partnerships In Colorado (2015-2019, with Allen Sparkman (CLE in Colorado, Inc.)), and Federal Income Taxation of Corporations (6th Ed., with William Krems and Richard Robinson (ALI-ABA, 1989)).  Mr. Lidstone is a contributor to several other legal treatises including Holderness and Wunnicke’s Legal Opinion Letters Formbook (Aspen Law & Business, 3rd Ed. 2010 and Supplements) and Rozansky and Reichert, Practitioner’s Guide to Colorado Business Organizations (Colorado Bar Assn., 2008 and supplements).  Mr. Lidstone has more than 50 papers published on the social science research network (http://ssrn.com/author=802201) and is consistently listed among the top 10% of SSRN’s more than 620,000 published authors.

Mr. Lidstone is a member of the Arapahoe, Denver, Colorado and American bar associations and the Denver Association of Oil and Gas Title Lawyers.  Mr. Lidstone has been recognized by Best Lawyers, Super Lawyers, and Who’s Who in the World a number of times.  In September 2018, Mr. Lidstone received the Cathy Stricklin Krendl Lifetime Achievement Award “bestowed from time to time on a lawyer who has, over an extended period of time, manifested intellectual and professional excellence in the practice of, or scholarship on, Colorado business law; the recipient’s generosity of spirit as reflected in the recipient’s participation in, and contribution to, the advancement of Colorado business law; the recipient’s efforts to enhance the general quality of business law practice by Colorado lawyers; and the recipient’s devotion to the principles of legal professionalism.”  In February 2019 Mr. Lidstone received the Richard N. Doyle CLE Award of Excellence from Continuing Legal Education in Colorado, Inc. for “dedication and outstanding contributions to CBA-CLE programs and publications.”  Mr. Lidstone has been selected for the University of Colorado Law School award for “Alumni in Private Practice,” to be awarded in March 2022.

Mr. Lidstone earned his A.B. degree from Cornell University in 1971 and his J.D. degree from the University of Colorado at Boulder in 1978.  Mr. Lidstone served on active duty as an officer in the United States Navy from 1971 until 1975, and in the U.S. Naval Reserve until 1980 from which he retired as a Lieutenant Commander.  His experiences in the U.S. Navy led to his contribution to Professor Don Stanton’s 2018 book Looking Back At The Cold War (30 Veterans and a Patrol Plane Commander Remember). Mr. Lidstone is a Fellow emeritus of the Colorado and Arapahoe County Bar Foundations, the charitable arms of the Colorado Bar and the Arapahoe County Bar Associations.  Mr. Lidstone has been involved with various committees of the South Metro Denver Chamber of Commerce since 2010.