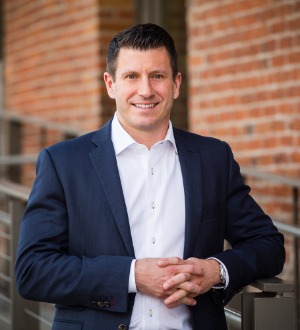 Henry has represented numerous individual and corporate clients in a wide variety of disputes, including breach of fiduciary duty, fraud, fraudulent transfers, alter ego, trade secrets, restrictive covenants, False Claims Act claims (qui tam cases), breach of contract, labor and employment disputes, securities, and bankruptcy and receivership proceedings. He has tried cases in courtrooms across the country and has handled appeals to the Fourth Circuit, Seventh Circuit, and Tenth Circuit Courts of Appeals. Henry frequently represents parties in disputes over ownership of closely held companies. Henry represented a client in a dispute relating to the governance of a closely held corporation. After a weeklong trial, Henry’s client was awarded control of the company. He has represented numerous defendants in a preliminary injunction hearing in federal court relating to the   clients’ alleged violations of non-solicitation agreements they signed with their former employer. After a weeklong evidentiary hearing, the Court ultimately ruled in favor of Henry’s clients, finding that the plaintiff’s agreement was unenforceable.Henry represented a company in a federal jury trial regarding the sale of internet-generated leads for car dealerships. The jury ruled in favor of Henry’s client awarding seven figure damages.He has represented many other clients in all types of disputes from pre-litigation through appeal.

In the white collar area, Henry handles both the defense at trial and appeal of bank, mail, securities and tax fraud matters, as well as public corruption charges.Henry conducts internal investigations of entities and institutions concerned about potential violations of the law or those that are already facing government probes. He conducts employee interviews, analyzes business records and consults with senior management to determine the best strategy. He also assists businesses in setting up compliance programs that provide policies and procedures aimed at eliminating potentially unlawful conduct. Henry has represented many clients in all phases of criminal matters from the investigation stage all the way through appeals. He has managed numerous grand jury investigations, responded to many government subpoenas, and has managed large joint-defense groups.

He has served as an outside general counsel or in an advisory capacity helping many small businesses. He has counseled companies on employment matters, contractual disputes, litigation, and has assisted with investigations from various state labor agencies. He also has helped companies re-write their contracts and internal policies to avoid future problems. He has counseled companies from a wide variety of industries that are as diverse as banks, e-commerce companies, vacation rental management businesses, physician practices and even golf courses.

Henry also has significant construction litigation experience. He has represented clients asdiverse as multinational construction conglomerates to small local contractors in a wide variety ofdisputes. Henry has represented various contractors in litigation against the government andlower-tier subcontractors. At the beginning of his career, he worked for the City of Chicago Law Department in the Building and Land Use Litigation Division.

Henry also provides assistance to individuals and businesses in the legalized marijuana industry. He helps companies apply for and secure the necessary licenses to cultivate and dispense marijuanaand its byproducts. In this area, Henry also provides general business advice, as well as guidance on state and federal regulations governing the operation of legalized marijuana businesses and thesolicitation of and contracting with investors and other business partners. Henry also has represented clients in various enforcement proceedings brought by the Marijuana Enforcement Division of the Colorado Department of Revenue and Colorado Attorney General's office.

Henry also enjoys giving back to the community by representing parties pro bono. For example, he represented, pro bono, the defendant in a civil tax matter in which the United States sought to foreclose on the home of a quadriplegic woman (his client) and her 16-year-old daughter in order to satisfy various tax liens.  The matter settled favorably for the client