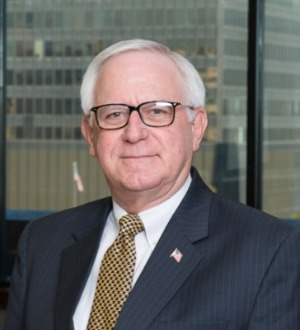 Years In Practice
Phone Number (225) 387-3221
Practicing law since 1983, Harry J. “Skip” Philips, Jr. focuses his practice on state and federal civil trial and appellate litigation, including banking, commercial, insurance, personal injury, insurance coverage, and products liability cases. His practice also includes corporate law as counsel to several non-profit organizations. Mr. Philips has been ranked by his peers and clients in Benchmark Litigation, Chambers USA, Louisiana Super Lawyers and Best Lawyers. Mr. Philips was selected by his peers as "Litigation Banking and Finance Lawyer of the Year in Baton Rouge" in the Best Lawyers in America® 2020 rankings. “Lawyer of the Year” recognitions are awarded to individual attorneys with the highest overall peer feedback for a specific practice area and geographic location. In both 2017 and 2018, he ranked among the Top 50 Overall Louisiana Super Lawyers. He is admitted to practice in all Louisiana state courts, the three federal district courts in Louisiana, the U.S. Fifth Circuit Court of Appeals, and the Supreme Court of the United States. Mr. Philips is a Fellow of the American College of Trial Lawyers (ACTL), one of the premier legal associations in North America, composed of preeminent members of the Trial Bar, and limited to just 1 percent of the total lawyer population of any state. Fellowship is extended only by invitation, after careful investigation, to those experienced trial lawyers who have mastered the art of advocacy and whose professional careers have been marked by the highest standards of ethical conduct, professionalism, civility and collegiality. ?Mr. Philips formerly served for nine years as the Taylor Porter Managing Partner and for many years as a member of the Firm's Executive Committee. Mr. Philips is an adjunct professor of law at Louisiana State University Paul M. Hebert Law Center, where he teaches courses on Professional Responsibility, Advanced Healthcare Law, Louisiana Civil Procedure, Strategic Thinking, and Insurance. He is a frequent lecturer on ethics, professionalism and litigation skills. He is a member of the Council of the Louisiana Law Institute, and co-chairs the Institute's Committee on Torts and Insurance. He is a member of the Alumni Board of Trustees of the LSU Law Center. He received his Juris Doctor from Louisiana State University Paul M. Hebert Law Center in 1983, where he was the editor- in- chief of the Louisiana Law Review and elected to Order of the Coif. He received a Bachelor of Science from L.S.U. in 1972, where he was a distinguished military graduate in the Army ROTC program. Prior to attending law school, Mr. Philips was an investigator in the public corruption section of the Criminal Division of the Louisiana Attorney General’s office. He is a graduate of the FBI National Academy. Mr. Philips previously served as a chair of a Disciplinary Hearing Committee appointed by the Louisiana Attorney Disciplinary Board. He is the former Director of Character and Fitness for the Louisiana Supreme Court Committee on Bar Admissions and has also served as a bar examiner and assistant examiner. Mr. Philips is a member of the Baton Rouge and Louisiana State Bar Associations. He is a former president of the Louisiana Association of (Civil) Defense Counsel. He has served as a mediator and as an arbitrator. Mr. Philips is a member of the board of directors and current President of the Louisiana Bar Foundation. He is on the boards of directors of Baton Rouge Area Chamber of Commerce, Our Lady of the Lake Regional Medical Center (Vice Chair and Chair of the Building and Planning Committee), Cadets of the Ole War Skull (LSU Military Alumni), Chair of the Board of Trustees for the LSU Military Museum, and Chair of the Board of Cristo Rey Baton Rouge Franciscan High School. He is Immediate Past Chair of the South Louisiana Super Region Committee, a joint endeavor of the Baton Rouge Area Chamber and Greater New Orleans, Inc. Philips is a member of the Committee of 100 for Economic Development, Inc.
What legal services does this lawyer offer?
Bet-the-Company Litigation
Commercial Litigation
Litigation - Banking and Finance
Awards