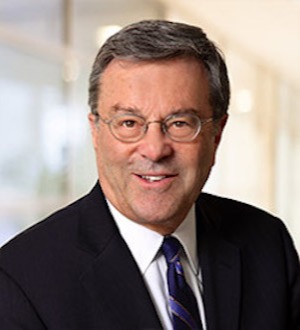 Harold Goodman’s very first case was to defend his client’s First Amendment rights before the Pennsylvania Supreme Court. A unanimous decision in his client’s favor foreshadowed a lifetime commitment by Mr. Goodman to fight for victims of injustice. During his two decades of work with Philadelphia’s Community Legal Services, Mr. Goodman was trial attorney in countless landmark cases, including successful fights to preserve the due process rights of injured workers and to racially integrate labor unions and the Pennsylvania State Police. In the early 1990s, Mr. Goodman joined the team at Raynes Lawn Hehmeyer working to hold asbestos manufacturers accountable for putting asbestos into our community’s schools.

Throughout his career, Mr. Goodman has been a formidable advocate in both the trial and appellate courts. On four occasions, he has argued and won cases before the United States Supreme Court. In addition, he has argued and won more than ten cases in the Pennsylvania Supreme Court and more than thirty cases in the United States Court of Appeals for the Third Circuit. He is listed in Best Lawyers in America and has been voted as a Pennsylvania Super Lawyer by his peers.