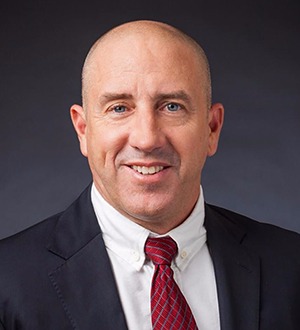 Greg Kugle concentrates his practice in the area of litigation.  He works in the areas of commercial disputes and business litigation, construction, land use and real estate, antitrust, product liability and personal injury, aviation, bankruptcy, admiralty and insurance coverage.  He has litigated cases before the Hawaii District and Circuit Courts, the Hawaii Bankruptcy Court and United States District Court, and has handled appeals before the Hawaii Intermediate Court of Appeals, the Hawaii Supreme Court and the Ninth Circuit Court of Appeals. Some examples of his work include:

Successfully litigated inverse condemnation and vested rights claims of property owners against State and local governments. Obtained summary judgment establishing the right of the property owners in East Honolulu to receive just compensation from the City following the illegal down zoning of the property. Obtained summary judgment dismissing challenges to the use of agricultural land on Molokai for open area recreational uses. Obtained dismissal of a suit to enforce transient vacation rental restrictions against property owners.  Represented property owners in eminent domain proceedings initiated by the State and by the counties. Represented oceanfront landowners on Maui, Oahu, Kauai and Molokai with respect to shoreline certification, shoreline setback, seawall and fish pond issues. Defended property owners in enforcement actions by State and local zoning enforcement authorities concerning clean water, grubbing, grading, and building and zoning code violations.  Represented clients before numerous governmental agencies including the Board of Land and Natural Resources, the Land Use Commission, Zoning Boards of Appeal, Planning Commissions, Department of Planning and Permitting, State Historic Preservation Division, and other land use agencies.

Represented buyers and sellers in litigation and arbitration arising out of purchase and sale transactions, and handled boundary, easement, covenant and restriction, and adverse possession cases. Represented landlords and tenants in both commercial and residential landlord-tenant disputes.  Advised and represented property owners and industry organizations regarding short-term and transient vacation rentals, and defended property owners from claims of transient vacation rental violations by private parties and county enforcement agencies.

Represented large aircraft lessor in the Hawaiian Airlines and Aloha Airlines bankruptcies.  Represented creditors, trustees and professionals in many of the larger Chapter 11 and 7 cases in Hawaii, and defended and prosecuted adversary proceedings and preference actions.