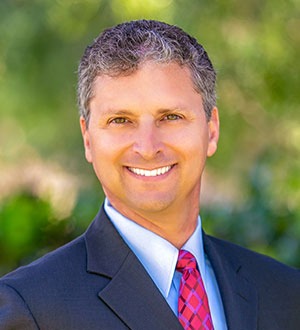 Recognized by Best Lawyers® since 2018.
4193 Flat Rock Drive, Suite 300 Riverside, California 92505
(951) 781-6500
|
Firm: Rizio Lipinsky
|  Website
Edit Profile
Edit Your Profile
To edit your Lawyer Directory information, please login to your
Best Lawyers® Admin Account.
If you have any questions or need assistance, please contact us at info@bestlawyers.com or 803.648.0300.
Overview
Firm

He has received numerous “Trial Lawyer of the Year” awards as recognized by his peers, including:

His “Litigator’s Award” places him in the Top 1% of national trial lawyers. He is a National Trial Lawyers Association “TOP 100 Trial Lawyer,” and a multi-year SuperLawyer recipient. He has a perfect 10 out of 10 AVVO rating and is a Multi-Million Dollar Advocates Forum lifetime member.

He currently serves in attorney leadership organizations including the Inland Empire ABOTA Chapter, the CAOC Executive Council and the CAL-ABOTA Board.

Rizio Lipinsky Law Firm's website is located at https://www.riziolawfirm.com, and the firm can be contacted toll-free at (888) 292-8888.