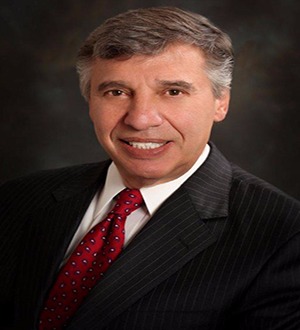 Jerry has been successfully trying cases since he received his law licence.  His career with the Franklin County Prosecutor’s Office in 1974 as an Assistant Prosecutor, where he tried over 75 cases in a three-year period. In less than two years, he was lead counsel in a death penalty case and obtained a conviction under Ohio's new death penalty statute.  He entered private practice in 1977 after taking courses in gross anatomy and clinical pathology at The Ohio State University School of Medicine.  Since that time, he has concentrated on professional negligence cases. Jerry joined Arnold Todaro Welch & Foliano as a partner in 2002, where he has been engaged in the defense of medical and legal malpractice claims.  Although he has represented an array of medical specialists, Jerry has a special interest in the interaction between the pathophysiology of medical conditions and the natural course of diseases that impact a jury's understanding of the actual cause of adverse medical outcomes.

Jerry has served as an instructor of law and medicine at The Ohio State University School of Medicine and, on several occasions, has been an invited lecturer at The Ohio State University Moritz College of Law.  He has been appointed special prosecutor on two occasions involving rape/murder and child rape DNA prosecutions.  In 2008, Jerry was appointed to serve a five-year term on the Board of Bar Examiners by the Supreme Court of Ohio.

Jerry served on the Editorial Board of Physicians in Sports Medicine from 1989-2001.  He has served as both Program Chairman and lecturer for the Ohio State Bar Association, Columbus Bar Association, the Ohio Academy of Trial Lawyers, and the Ohio Judicial Conference on the subjects of law, medicine and scientific evidence.