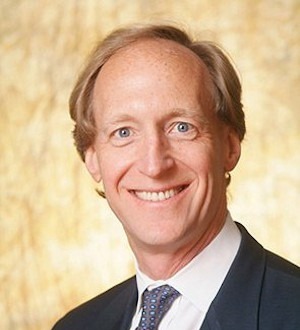 Gene serves as Chair of the firm's Corporate and Tax Practice Group, where his business law practice consists of general corporate, securities, mergers and acquisitions, and intellectual property. Gene has extensive experience in the manufacturing, information technology, biotechnology, and health care industries, including licensing and protection of trade secrets.

Gene has represented clients in a broad variety of businesses in connection with mergers and acquisitions ranging in size from less than $1 million to in excess of $1 billion. Gene also represents natural resource companies (primarily coal) and companies in the alternative energy business (solar, wind, and biomass).

Gene has assisted numerous businesses in a variety of industries. Gene has represented a number of information technology companies from start-up through one or more liquidity events. He also represents private equity and venture capital companies in purchasing and selling securities of portfolio companies, primarily in the information technology and biotechnology sectors. He represents manufacturing and extraction companies (automotive suppliers, steel manufacturers and fabricators, coal mining companies). Gene also represents developers of alternative energy generating facilities throughout the country, including facilities that produce electricity from solar, wind and, biomass sources. Gene represents a variety of clients in the healthcare industry, including physician groups and clinics, surgery centers, diagnostic centers and other healthcare facilities. Gene is also a member of the firm’s Blockchain, Cryptocurrency and Electronic Transactions Group and advises technology companies and businesses in other industries on a variety of matters relating the use of blockchain technology and the issuance of cryptocurrencies.

Gene has served as an Adjunct Professor of Securities Regulations at the University of Alabama School of Law. He practiced from 1983 until 1988 in the New York office of Milbank, Tweed, Hadley & McCloy in the Public Offerings and Mergers & Acquisitions groups. In 1988 he returned to Alabama and started his career with Burr & Forman, where he has been a partner since 1990. During his time with the firm, Gene has served as Chair of the firm’s Business Section, Group Leader of the Corporate and Tax Group, and has served on the firm’s Executive Committee. He currently chairs the firm’s Strategic Growth Committee.