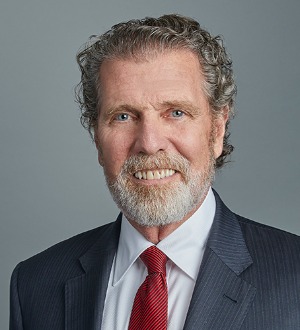 Recognized by Best Lawyers® since 2005.
One PPG Place, Suite 1500 Pittsburgh, Pennsylvania 15222
(412) 566-1212
|
Firm: Tucker Arensberg, P.C.
|  Website
Edit Profile
Edit Your Profile
To edit your Lawyer Directory information, please login to your
Best Lawyers® Admin Account.
If you have any questions or need assistance, please contact us at info@bestlawyers.com or 803.648.0300.
Overview
Firm

Gary P. Hunt is a commercial litigation attorney who has been involved in the litigation practice for more than 30 years.  Gary, a shareholder with the firm, has been a member of Tucker Arensberg, P.C. for 28 years. For ten years he served as the Managing Shareholder of the firm and still sits on firm's Board of Directors. His practice consists primarily of federal and state court litigation, arbitrations and ADR proceedings.  Much of his practice involves multi-party claims, including class action litigation.  He has represented both individual and corporate clients in many different types of litigation.

Gary was selected by his peers for inclusion in The Best Lawyers in America® 2005, 2006, 2007, 2008, 2009 and 2010 in three separate categories:  Bet the Company Litigation, Construction Law and Commercial Litigation. He also has been named a Pennsylvania Super Lawyer by Philadelphia Magazine and Pennsylvania Super Lawyers Magazine in 2006, 2007, 2008 and 2009, and was named as a “Top Lawyer” by the American Lawyer and Corporate Counsel Magazine.

He is admitted to the Pennsylvania Bar and the Third and Fourth Circuit Courts of Appeal, and has also litigated claims in many states, including New York, Ohio, West Virginia, New Jersey, Florida, Georgia, Connecticut, Michigan, California, Virginia, Delaware, Indiana, Missouri, Minnesota, South Dakota and Wisconsin.  He is a member of the Pennsylvania Bar Association and has served as an arbitrator for the American Arbitration Association, and as a Special Master for the Court of Common Pleas.  He graduated from the University of Notre Dame and the University of Pittsburgh School of Law, cum laude, where he was also a member of the Law Review and was named a member of the Order of the Coif.